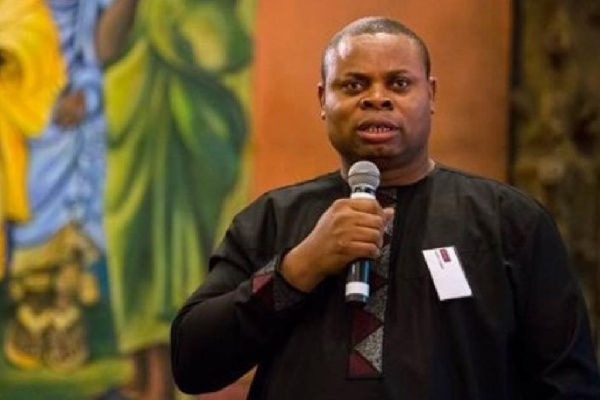 In the coming week, several matters related to the oil and gas industry in Ghana will hog the airwaves. For us in Ghana, we have prided ourselves in the fact that we are a small but prosperous country, but one that has not been able to maximize its divine providence of natural resources.

Many a discussion has had people lamenting how we have scored â€œown goalsâ€ in the exploitation of our natural resources, from timber, diamonds, bauxite, manganese and now, crude oil.

Indeed, from the announcements of offshore commercial discoveries some 13 years ago, many of us had the hope that this was the final blessing that would change the course of Ghanaâ€™s economic history. There were dreams of massive industrial complexes, a new golden age of Ghanaian enterprise and prosperity with poverty banished from the nation through local control, ownership and management of resources.

The truth has been a hard pill to swallow.

The oil billionaires have not materialized, neither has the dreamed of materialization of seismic shifts in economic fortunes for the country and its people. Some oil blocks still remain the subject matter of disputes over investment and returns, while GNPCâ€™s own EXPLORCO has not made any major finds on its own, or been able to operate independently as a national oil exploration company as initially designed.

It will be best not to bore you with the technical minutiae of deepwater oil exploration, but there are some major issues that we all as Ghanaians need to understand going forward about the oil industry, which should be important in determining the publicâ€™s posturing and what we should expect from the players in the industry as to what Ghanaâ€™s interest should be.

Most of Ghanaâ€™s oilfields have a productive life of about 20 years more or less for profitable exploitation. Global oil demand according to experts will plateau from 2030 onwards, with declines in oil demand starting after 2040. Already, the largest oil companies like BP, Shell and others have embarked on decarbonization programs, with over $198 Billion already spent by the top 9 oil companies on such programs. What this means is that the price of oil might be volatile, and with most of our finds being deepwater finds, there is the tendency of them not being economically viable for exploitation in the next 15 to 20 years. Ghanaâ€™s oil assets face the risk of being what is called â€œstranded assetsâ€ if the nation is not able to develop the right capacity to invest heavily to exploit the potential of these resources within the next two decades.

The question of capacity comes in two ways. Technical and Financial. Ghanaâ€™s oil resources are mostly deepwater resources, which require extensive preparation in terms of equipment, systems, logistics and environmental considerations. This means that even with viable finds, it takes about two to three years to drill first oil. The finds themselves also present technical difficulties that require innovative and efficient extractive technology to drill for the oil, coming at a higher cost than normal. From the perspective of investors, these present huge risks that need to be underwritten.

However, in the face of increased investment in green energy alternatives and the need to reduce carbon emissions globally, there has been a shift in technology and research into deepwater oil and gas activity. This means that available technology today might not see significant shifts due to the de-investment in R&D in the sector. In short, technology has peaked.

With increased investments in alternative energy sources, it is becoming difficult to find investors willing to fund hugely capital-intensive deepwater projects. Globally, between 2019 to 2021 (estimated) total investment has dropped by about 22% in upstream oil and gas projects. In fact, the International Energy Agency predicts renewable power spending in 2021 will be above that of upstream oil and gas activity.

Simply put, investment in upstream oil and gas will be increasingly hard to come by. Beyond the limited value prospects, there are also perception issues related to which companies are backing clean energy for the future.

With this information, Ghanaâ€™s decision to acquire a controlling stake in the Deep Water Tano Cape Three Points (DWTCTP) and in the South Deep Water Tano (SDWT) bloc has become the main focus of debate. These two blocks are held by Aker and AGM. In the coming week, we expect the public to come together and ask the most relevant questions that are required for real transparency.

With the current investment climate and lethargy towards deep water oil because of high capex and changes in valuation of the oil finds, is it the most prudent thing for Ghana to just take her destiny into her own hands and go all in before it is too late? The major intent of this takeover is to empower GNPCâ€™s Explorco to become a major player in oil exploration over the next decade. The question is, does this bring value to the sector, and to Ghanaâ€™s fortunes? Like Saudi Aramco, the Saudi Arabian Oil Company has shown, the gains to Ghana could be hugely significant. It is evident that Ghana has made its own mistakes in the past with regards to its dealings in deepwater oil. For most civil society observers, the major concern is to ensure the country gets the best value. The best value here is in determining what price is right for the takeover of part of Akerâ€™s stake. The speculated independent valuation procured values the assets at $US 2 billion. The reported acquisition of $US 1.1 billion, the maximum price set by the Parliament, suggests a discount. To fully convince the public, it is key that GNPC follows an open book policy with the public in this process.

To assuage the concerns of observers, perhaps, the first test of GNPC's resolve to be an National Oil Company is to prove the case of the speculated benefits convincingly not only to Parliament but to civil society observers and Ghanaians for posterity.

Sentiment, and owning an oil bloc is not the end game. The end game is ensuring that the potential oil pay is truly there, and whether Ghana truly benefits from the huge investments made over and above the costs counting the time value of money and other alternatives. The question is whether Ghana should take all the risks and assume uniform pricing for oil for the lifetime of the field. However, in taking the risks, Ghana also gets all the benefits that weâ€™ve never had should the price be higher than the assumed price. The average oil price over the last 10 â€“ 15 years is around $75, not far away from the current level. This is above what we understand the assets have been priced at. This could only mean GNPC is making a bold decision to trade short term costs for long term prosperity.

Â With a breakeven point at $30, and the technical complexities of ultra-deepwater drilling that characterize the Aker fields, there are more risk factors that need to be fully studied. Naturally, GNPC is better positioned to evaluate those risk factors than Parliament and Cabinet. A close dialogue with GNPC to ensure that GNPC carry out the proper risk analysis and assessment is key. We encourage GNPC to share transparently from its internal processes and keep the public up to date as things progress.

Â It behooves on the agreeing parties to give details of the value addition to the country in the medium and long term for a clearer picture to be seen and understood. In the interest of Ghanaians, who are the ultimate beneficiaries, a clearer breakdown of what the country gets in return above percentage stakes should be elaborated more extensively for full public buy-in and support.

Â The good people of Ghana deserve no less. But while we are at it, time is ticking on our ability to extract the most potential from our reserves. While we all must ensure that Ghana is not short changed, we must all also ensure that Explorco is supported to carry out this transaction. The bigger tragedy than Explorco paying too much would be if the country is left with stranded assets. Assets not developed has zero value.

Â Clarity on the impact on GNPC Explorcoâ€™s role and gains should be clear in the discussion to determine the exact value add to its capacity.

Â For the beneficiary, the GNPC, for such a prospectively significant capacity and capital injection, we now expect them to enthusiastically showcase the merits to the good people of Ghana.