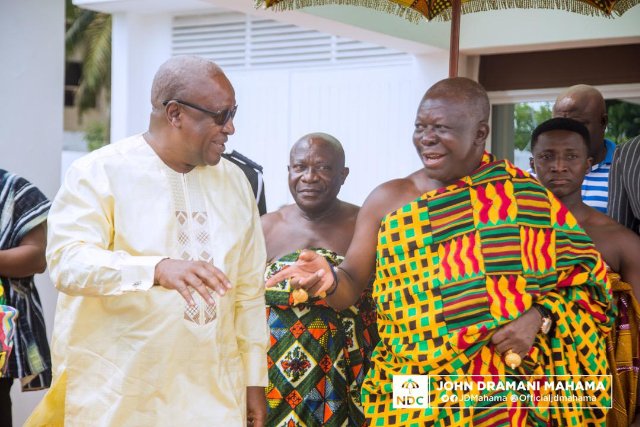 I do not joke with our traditional rulers.

They kept us together before we were colonised and even during the colonial period we still looked up to them to provide leadership in many areas the colonizers and their civil service could not. They still wield immense influence in our modern nation-state and governments are always exerting muscle, bone and sinew to accord them the appropriate respect and protocol.

It may be apocryphal but when I was a minor, it was said that our founding President, Dr Kwame Nkrumah had threatened that if any of them ever went against his authority, he would make sure they ran away in a hurry leaving their sandals behind! As is usual in history, such colourful sidebars to the more substantive events endure and true or false get their own niche in history. There is no evidence that any traditional ruler ever bolted leaving his sandals behind during the First Republic, though there is evidence of some of them being incarcerated. 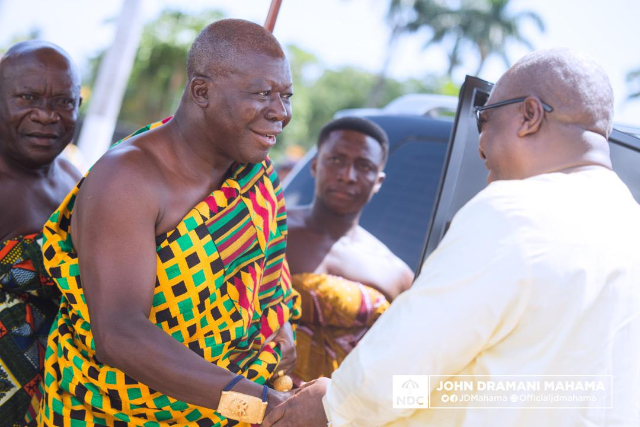 When the future of the Gold Coast was being determined, among the most vociferous opponents of the unitary state were traditional rulers, fervent advocates of federalism. Those traditional rulers against Dr Nkrumah learnt to live with the rest of the unitary state after they lost out, contributing immensely to the survival and progress of the new nation…

According to a contemporary report, they were colourful, noisy and chaotic affairs and the more exotic the flavour, the merrier, and so during a durbar, traditional rulers from all over India, dressed in fantastic costumes with equally resplendent retinues, jostled in procession with horses, camels, elephants, etc., to show just how loyal they were…

To this day, the “Durbar of Chiefs and People” is the highest point of interaction between visiting Ghanaian politicians and citizens outside of the national capital, or sometimes within! The Omanhene or Paramount Chief, with sub-chiefs, would often wait patiently for the arrival of the guest of honour and in a typical “welcome address” they would state their requests and demands and in response, the guest of honour would also make the appropriate promises and the durbar is recorded as a success.

In this 21st Century, there are more avenues available to our traditional rulers for social animation than the rather anachronistic durbar. The Otumfuo has led the way with his far-sighted programmes in education… Ghanaian traditional rulers are recognised by the Constitution and through their Regional and

National Houses of Chiefs balance the authority bequeathed them by their heritage and the role carved out for them by modern central governance. It is for this reason that the Constitution insulates them from partisan politicking without denying them the role of arbitration and intervention when the security and stability of the state come under threat. It must be noted that, regrettably, some of them have been complicit in stratagems that have brought the institution into disrepute.

One traditional leader, who without doubt can be regarded as primus inter pares is the occupant of the Golden Stool. Below is an excerpt from a commentary I did some weeks ago when there was an attempt by some politicians to exploit his name and stoke up ethnocentricity and bigotry: “The Otumfuo inherited a great heritage from his ancestors which is now universally regarded as the cultural face of the modern nation-state of Ghana.

In addition to the fecundity of the land, we have language, arts and crafts, oral literature, cosmology, governance and much more. In fact, that is why he was invited to address the UN in the first place. So who are claiming the Otumfuo as their sole property? He belongs to all of us and we will rally to his defence when we feel that he is truly coming into harm’s way.”

And so last week when I was privileged to be in President Mahama’s retinue to welcome the Asantehene on a courtesy call on the former President, I could not help but notice the poignancy of Noblesse Oblige surrounding the two leaders: The traditional and the modern. In these disturbing times of excessive, divisive and destructive partisan politics, there are many who are advocating a paradigm change and I find my ears twitching to such sounds…

Our traditional rulers can and must rise above the fray so that when they pronounce on a danger they have observed approaching, they can sound the alarm, like the National House of Chiefs recently pronounced on 55(3) and 243(1). When in a fit of self-destructiveness, the Dagbon Traditional Area erupted in bloody conflict, arising from decades-old rivalries regarding succession, ending in the regicide of Yaan Naa Yakubu Andani II in the opening years of this millennium, all seemed lost for the Area.

With patient diplomacy and resilient traditional conflict resolution methods, the Asantehene, with other traditional rulers, in a period spanning four Presidents, finally found closure this year…It is instructive to note how in announcing the resolution, the Asantehene said it was no victory for any one individual or group – not even for himself!

As closures go, his courtesy call on President Mahama cleared a minor issue which some thought could be exploited to drive wedges, but instead, fences have been mended, proving that leadership from tradition or leadership from the ballot box, they both carry the responsibilities of Noblesse Oblige…

A virologist at one of Ghana’s foremost biomedical research institutions, the…