The truth is like a calabash forced under water 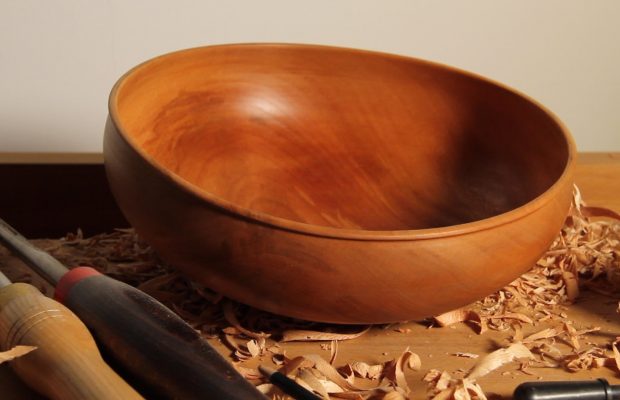 The three Abrahamic faiths; Judaism, Christianity and Islam have been able to withstand the test of time because adherents of the three faiths have never doubted their origin. They all believe they are descendants of the Patriarch, Abraham who the Almighty God referred to as His friend.  Names like Jesus, Moses, Hagar, Solomon, David, Ishmael, Isaac, Noah, Jacob, Mary, Joseph, Zachariah and many more are found in the Holy Books of these three Abrahamic faiths but the difference is that they are spelt and pronounced differently. The roles they played in the three Holy Books are the same.

Here in Ghana, the two most prominent religious faiths are Christianity and Islam and the adherents of the two religions have lived happily from time immemorial.  Unlike other jurisdictions where it is a Taboo for a Muslim to marry a Christian or vice versa, it is not so in Ghana.  Even in the same family you can find some members of the same family being Christians while another faction are Muslims. For example whereas our president, John Dramani Mahama is a Christian, his mother and other siblings are Muslims and yet there is no friction between them.  Even though the president has not made any pilgrimage to the Holy Land in Israel, he sponsored his mother to go to Mecca to perform the Hajj. I know many Muslim men who are married to Christian ladies and they live happily with their children.

In government, the Security Services and the Civil Service, we have Muslims as well as Christians holding top positions.  Dr. Kwame Nkrumah was a de facto benevolent dictator and did not have any Vice President so he was the only person who used to swear with the Holy Bible anytime he ‘won’ his so-called elections.  Professor Kofi Abrefa Busiah was a Christian and his Ceremonial President, Mr. Edward Akufo Addo was also a Christian so they both did swear the Presidential Oath of Allegiance with the Holy Bible.  Dr. Hilla Limann and Dr. Joe De Graft Johnson were all Christians and so when the PNP won the 1979 General Election they both held the Holy Bible to swear the Presidential Oath of Allegiance to Ghanaians.

Enter Mr. Jerry John Rawlings and Mr. Ekow Nkensen Arkaah, both Christians.  The two also held the Holy Bible and did swear the Oath of Allegiance to Ghanaians. When the late Professor Atta Mills won the 2008 General Election, he and his then running-mate, Mr. John Mahama held the Holy Bible to swear the Presidential Oath of Allegiance. In all these examples that I have enumerated, not an eye brow was raised by any Muslim or Christian because both adherents of the two Abrahamic faiths believed there was nothing wrong with that.  The problem started when the late Professor Atta Mills held the reins of power and banned traditionalists from pouring libation at state functions.  Before that presidential fiat delivered by Mr. Mills, anytime we had state functions from the days of our colonial masters to the day that the late President Mills made that unfortunate order, our traditionalists played key roles at state functions.  In some cases, our fetish priests first pour libations, followed by Christians and Muslims respectively.

From the day the New Patriotic Party(NPP) was born, the NDC set out in a grand scheme to tag the party as an Akan party.  Like the tactics used by Goebbels in the Second World War, the NDC repeated the lies year after year and it did sink in to the disadvantage of the NPP.  Our brothers at the Zongos were brainwashed so much so that they did not want to hear the name NPP. The NDC went further to use the Aliens Compliance Order introduced by Dr. Busiah where aliens in Ghana were asked to regularize their stay to deceive those living in the zongo areas that when they voted for the NPP, the party will drive away all aliens and Muslims living in Ghana like the way Busiah did to their forefathers.  That too worked to perfection.  They even said the NPP was anti-Muslim and that when power was given to the NPP, Muslims will be marginalized.

In 1998, after the Sunyani NPP National Delegates Congress and candidate Kufour chose Alhaji Aliu Mahama whose father was of Hausa extraction and his mother a Dagomba  as his running-mate,  the NDC were put off guard.  What silenced them was the fact that Aliu Mahama happened to be a Muslim and an Alhaji for that matter. The late Aliu Mahama virtually commandeered the three northern regions and made sure he diluted the poison planted by the NDC.  For the first time in the political history of Ghana we saw a Christian in the person of Mr. John Agyekum Kufour swearing the Presidential Oath of Allegiance to Ghanaians with the Holy Bible while Alhaji Aliu Mahama also did swear the same Oath of Allegiance with the Holy Quran.  That was when the NPP had won the 2000 General Election.  The spontaneous jubilation that erupted in all the zongos in Ghana spoke volumes.  It was then that Muslims in Ghana felt some sense of belonging.  Anytime the late Alhaji Aliu visited any mosque when the NPP was in power, Muslims trooped to these mosques in their numbers to worship with him.

I have tried to chronicle all the above mentioned events because of how some people have tried to misinterpret what Dr. Alhaji Mahamudu Bawumia told his listeners at the Upper West Region where he was on a campaign tour. The gentleman is a living witness of the joy which was written on the faces of Muslims when they saw the late Aliu Mahama swearing the Oath of Allegiance to Ghanaians with the Holy Quran, something they never heard before and calling on them to make sure the joyous moment is repeated come November 7th 2016, is no big deal.  After all did the sages not say one good turn deserves another? Bawumia knew when the party is voted into power on November 7, Nana Addo Dankwa will surely swear the Presidential Oath of Allegiance with the Holy Bible.  He was not condemning Christianity in anyway but he was rather promoting his region, Islam.  He too is looking forward to holding the Holy Quran and swearing the Vice Presidential Oath like his fellow Muslim, Alhaji Aliu did a few years ago. That is the naked truth which is like a calabash forced under water.  You cannot submerge it.

In the run-up to the 2012 General Election, candidate Mahama went to the Northern Region and told his gullible listeners that they should vote for him because he was a northerner like them.  That implied that they should not vote for Nana Akufo Addo because he was an Akan.  What did the National Peace Council, Muslim and Christian Clergies say about that divisive and irresponsible statement?  For the eight years that ex president Kufour and the NPP administration ruled Ghana, not a single alien was driven out of Ghana.  In fact, on the other hand, citizens from the West Africa sub-region seized the enabling economic environment to troop to Ghana to do business. Have you ever heard the NDC mentioning the Aliens Compliance Order again.  SHAME!!

Dr. Bawumia has become a thorn in the fresh of the NDC but sadly, much as they tried to undermine the fine gentleman, the more popular he becomes.  Whenever an NDC person messes around, the party leadership quickly looks around to find some equalization.  What was at the front banner and which attracted serious attacks from the good people of Ghana was what Madam Dzifa Attivor said in the Volta Region.  If the NDC thinks they could use what Bawumia said to cover up that rot, they have backfired because what the woman said will forever stay fresh in our subconscious minds.

During the 2012 electioneering campaign, the NDC seldom attacked Dr. Bawumia.  The focus was always on Nana Akufo Addo.  They openly insulted him, called him all sort of names and made him look like a person not fit to even become a messenger.    There was this sick and dying former judge who took Nana Addo to court to challenge his qualification as a lawyer even though that old and senile man knew several cases in the Ghana Law Report carries the name of Nana Akufo Addo. As the handlers of Nana Akufo Addo continued to push him to react to all the nonsense said about him the gentleman stayed focused because he knew there was a job to do which was more important than responding to comments from some up-starts,  nit-wits and half-wits in the NDC.

This time because Dr. Bawumia has been stripping them naked as far as the propaganda about the economy they spew out is concerned, they have turned the guns on the fine guy.  Thankfully, hard as they tried, the man continues to expose their lies not only to Ghanaians but the international community as well.  They have strenuously searched the archives to see if they could get any skeleton in the cupboard of Dr. Bawumia but when they realized that the man is Mr. Clean, all what they do now is to wait for the man to expose them before they swoop on him like bees and later end up running away with their tails tagged between their thighs when the man strikes back with more revelations.  What the leadership of the NPP should do as a matter of urgency is to tighten the personal security of Dr. Bawumia and his family.  The NDC is an off-shoot of the PNDC and we know what they can do when it comes to assassination.  The story of the murdered three High Court Judges and the retired Army Officer is there to guard us. But if Almighty  Allah is with you who can go against you?  That is my consolation.  Keep the fire burning Alhaji, for victory is beckoning!!!