'Why most ideas conceived don’t see light' by Mohammed Issa 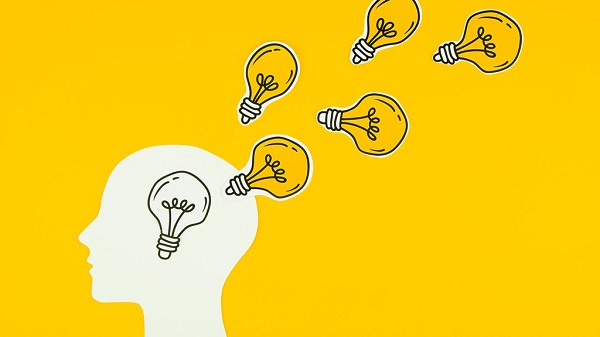 Ideas must be worked on immediately
Shares

I once had an idea to author a book that would cover the third football season of Manchester United under the tempestuous reign of the Portuguese manager, Jose Mourinho, while interjecting some of my daily philosophical musings of life.

I sat on the idea for a while, wrote some twenty-five pages and then stopped. A few weeks later, the club sacked Mourinho.

I also once had an idea to produce chocolate in cocoa-rich Ghana (where I live) under a brand that would be fresh, environmentally friendly and tastes great.

I did some research but never followed through.

The idea did not as much die as vanish from my memory.

We all have ideas.

However, how many of us act on them? Some think they have the next billion-dollar idea, hoarding it as if Facebook views it as a potential competitor.

Others do not believe enough in their opinions.

Whether it is the fear of it not being good enough, procrastinating on it so that it is perfect, or fear of ridicule from others, 99 per cent of ideas never manifest.

They remain imprisoned inside our heads.

Below are six ways on how to make an idea come alive:

• Execution is all that matters.

No one dreams up an idea in his head and it materialises immediately.

No one knows whether their idea will turn out to be excellent or terrible.

We have hunches, but nothing is definite.

We do not get a divine definitive message that our idea is a winner.

So, what it comes down to is the execution of the idea.

If it works, then so be it.

If it does not, onto the next one.

Ideas have become plentiful with the advent of the internet, modern 'open' capitalism and angel investors willing to back them.

This does not necessarily mean that ideas survive the initial coming out period.

Instead, there is much noise out there that it has become even more challenging to make our ideas work.

What we need is a strong dose of perseverance.

We cannot crumble at the first sign of adversity as so many do nowadays. We need to have faith and an inner trust in ourselves and the idea to keep it going.

Often, an idea will not work.

We can believe all we want but beating a dead horse into the ground will never make it come alive.

And so, we need to have that gut instinct to know when to pivot.

Be open-minded to viewing our idea as a door to others and change direction quickly.

Most businesses do not end up as the one they envisioned.

Jeff Bezos's grand idea was to sell books online, but he quickly sensed a much bigger opportunity to sell everything online and make Amazon the everything store.

No idea can survive without developing the skills to market and sell.

The internet has made sure that the world of buying and selling has changed.

In that traditional ways of selling have changed.

We can no longer secure the best physical location and hope to sell a product, align ourselves with prominent market leaders, like publishing houses to sell books or rest on the laurels of a well-known brand.

We must become audience marketers rather than marketing the product or service itself.

When we find a group of people interested in what we offer, then we must communicate the value we are giving them.

We must do it ourselves.

No one else will do it for us anymore.

Steven Pressfield, a well-known writer of books like The War of Art, Gates of Fire, and The Legend of Beggar Vance, said in a podcast recently that he now cannot rely on any publication house to sell his books.

Instead, he does his marketing.

If such a famous writer needs to do his marketing, what about aspiring writers like me?

Instead of talking up our ideas or wasting time testing them, we must 'Just do it,' as Nike professes.

There is something magical in taking action.

There will be a few bumps and bruises along the way, but at least the idea has taken off and has a life of its own.

In Jeff Olson's book, The Slight Edge, he explains how the Apollo rocket flying to the moon was off course 97 per cent of the time.

It was only on course three per cent of the time. Continually re-adjusting itself, it reached the moon-safely-and returned to tell the tale.

Similarly, we need always to readjust our stored information but can only do so with received feedback.

• We are human, we make mistakes

It is okay to make mistakes.

It is okay if we keep making mistakes but what is unacceptable is making the same mistakes repeatedly.

We must be vulnerable enough to notice these mistakes and accept our roles in messing up the process.

This awareness then helps us not make the same mistake again.

I have been trying to say throughout this blog that when we have an idea, we must go with it.

We cannot allow our egos to sabotage it.

Instead, we must view ourselves not as the creators but as the caretakers and mediums for that idea.

We are responsible for bringing it out in the world.

We must make sure that the idea has the best chance to survive.

Just like a mother would feel when birthing a child.

She is the means entrusted by the universe to bring a new life into the world.

Go work on your idea today.

Whether it is the next New York Times best-selling book, or a million-dollar business idea or simply a new cooking recipe you have thought of, just do it.

The writer is a motivational speaker and CEO of KIMO Home. mo-issa.com