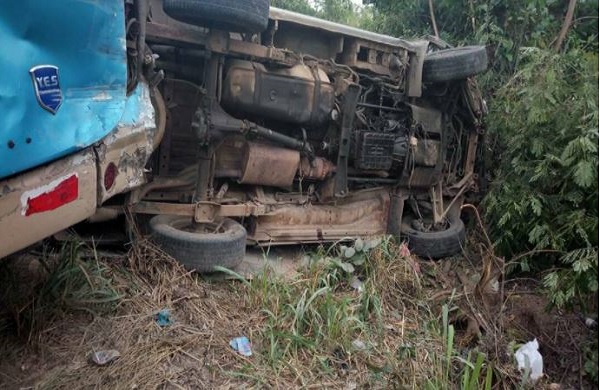 The Accra-Cape Coast highway accounted for more than 60 percent of all road crashes recorded in 2017, making it the most dangerous road corridor in the Central Region, the National Road Safety Commission (NRSC) has said.

Acting Regional Manager of the Commission Affotey-Annang, stated at the Central Regional Coordinating Council Meeting to review the performance of the various decentralised departments in Cape Coast.

This figure involved over 1,402 vehicles and 307 pedestriansâ€™ knockdowns through which 193 and 1,545 were killed and injured respectively.

As a long and short-term remedy, she said the NRSC had adopted a multifaceted approach to reducing the road fatalities using theâ€4Esâ€ - Engineering and Environment, Education and Publicity, Enforcement and Regulation and Emergency Medical Services to achieve safer road user behaviour.

Acting Regional Manager, also assured that the Commission particularly would from henceforth pay attention to pedestrians and bus occupants to significantly reduce fatalities through the media and outreach programmes in communities.

Acting Regional Manager, Affotey-Annang bemoaned that priority was not given to road safety in the development agenda of the country as accidents brought hardships and negative consequences to individuals and the economy.

She, however, encouraged all transport operators to do background checks on drivers before recruiting them and also conduct periodic training and screening to maintain a high standard of professionalism in the industry.