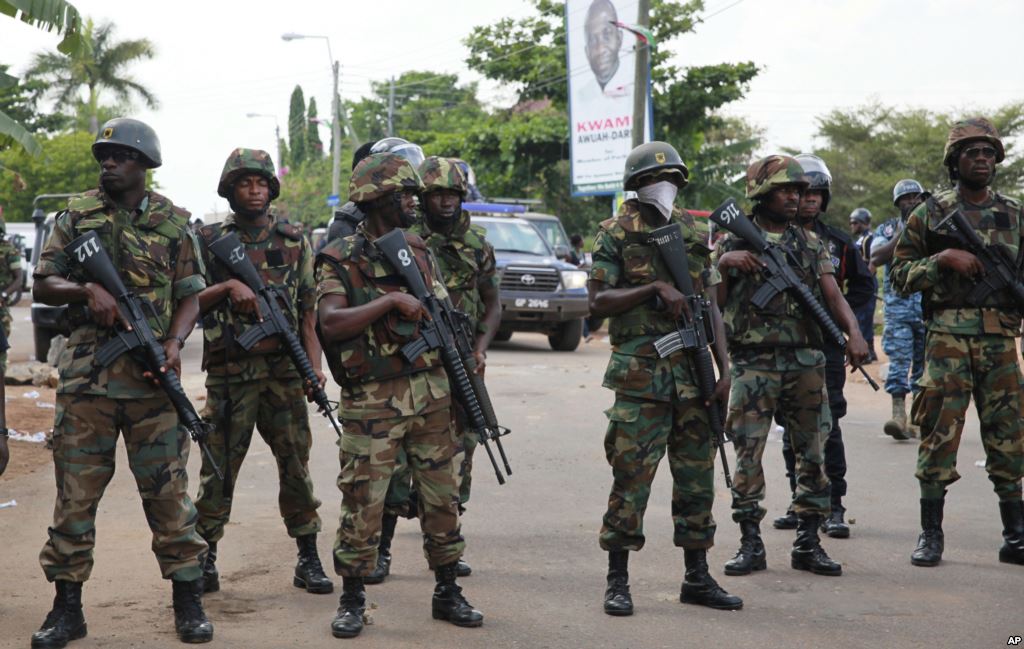 President Akufo-Addo has interdicted a National Security Officer who assaulted a soldier at Tema.

In a viral video, the military officer was seen being whisked from his car in heavy traffic into another vehicle over his alleged refusal to park aside and give way to the national security operatives who were blowing their siren demanding smooth passage.

According to the Chronicle newspaper, the officer was allegedly assaulted by the National Security Operatives before being taken to the Michel Camp military base.

A statement signed by the Information Minister, Kojo Oppong Nkrumah said, "Upon the President's instruction, the Ministry responsible for National Security, has interdicted, with immediate effect the said Mr Gerard Nana Osei-Tutu and has commenced a full investigation into the incident."

Commenting on the development, Dr. Aning said attacks on serving military officers by national security operatives are becoming repetitive and must be stopped.

â€œI think we should be looking at first who has the right to masquerade as national security personnel and how the person must behave. This issue has to be dealt with and dealt with quickly because this is intolerable. This attack on the soldier is a national crisis.

â€œIf this is not clamped down right now, I think those who masquerade as national security will be the ones posing more threat than citizens because they think the law is on their side and theyâ€™ll be left off the hook. As ordinary citizens, we need to be educated on the law of sirens so that we are not battered even when we are using the roads legitimately,â€ he said. 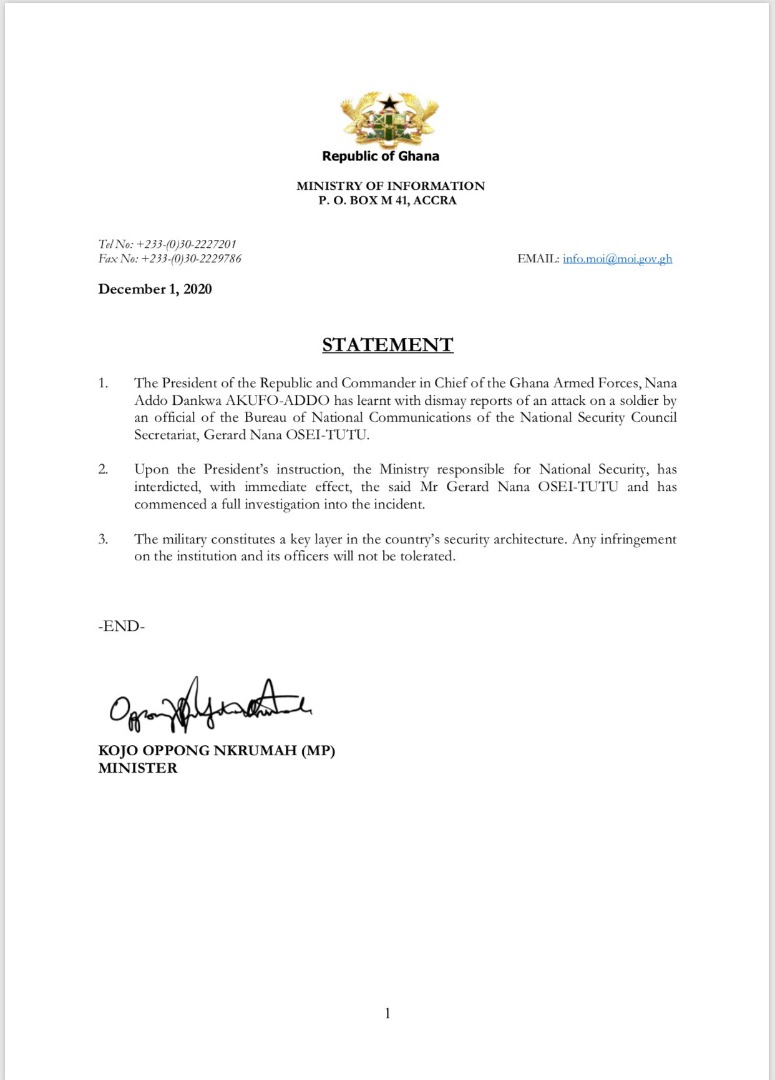