Bono East: Police officers involved in an accident as they chased robbers who stole GHC360k 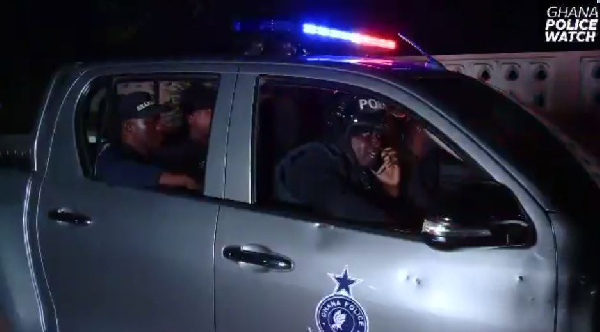 Two robbers attacked a man at gunpoint at Tuobodom in the Bono East Region on February 4, 2021.

A police report said one Amuzu Aweh had gone to the Ghana Commercial Bank in Techiman to withdraw an amount of GHC360,000 which he sent to Tuobodom to purchase cashew.

Mr Amuzu alighted as Benab Filing Station where two armed men with AK47 rifles attacked him and ordered him to surrender the money which he did.

The robbers then proceeded to snatch a Matiz car and sped off by heading towards Kintampo.

Three Police officers who were on duty at the Tuobodom barrier had a hint and gave the robbers a hot chase but unfortunately, they were involved in an accident and sustained various degrees of injuries.

They were sent to the Holy Family Hospital for treatment.

Tuobodom Police were then informed and they followed traces of the robbers but got to a spot where they saw the robbers had abandoned the car which they snatched because it had entered a ditch.