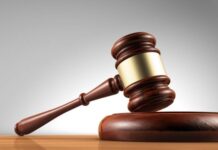 A couple accused of conspiracy to commit, and defrauding by false pretense, have been granted bail by an Accra Circuit Court.

Madam Rita Agyapong, a 36-year-old trader and Mr Michael Narh, self-employed were on GH₵150,000.00 bail each, with three sureties each.

The Court ordered that one of the sureties should be justified with any property worth the bail sum. They were jointly held for conspiracy to commit crime and defrauding by false pretense, an offence they pleaded not guilty to.

The Court presided over by Mrs Evelyn Asamoah adjourned the case to December 22, 2022.

Assistant Superintendent of Police (ASP) Coleman Afesi, prosecuting told the Court that the complainant, Mr Emmanuel Agyapong is the Operational Manager of National Investment Bank (NIB), Dansoman Branch, while the accused persons were married couple, and both lived at Amomole near Ablekuma.

The prosecution said about seven months ago, Madam Agyapong persuaded her friend to open an account at NIB and register for mobile banking for easy access to loans to which she agreed to and opened the account.

It said the couple requested her to bring the details to enable Mr Narh to teach her how to operate it to which she agreed and sent them the details and she was taken through.

The prosecution said on June 21, 2022, William Asare (at large) deposited Ghana Commercial Bank (GBC) cheque with face value of GH₵72,530.00 into Doris Boafo’s account to be processed as express.

It said the bank decided to reverse the transaction, but it did not go through due to system failure.

The prosecution said on June 22, 2022, between 0300 and 0510 hours an amount of GH₵29,000.00 was withdrawn from the accounts through mobile banking applications to wit fast link and web link and disbursed on various mobile numbers.
It said within the same month, Doris Boafo received an amount of GH₵5,000.00 in her mobile money account without knowing the source.

The prosecution said she went to Madam Agyapong and discussed the matter with her.

It said Madam Agyapong later told her that it was her husband that sent the money to her as a gift. The prosecution said on August 27, 2022, Boafo was arrested and cautioned to that effect.

It said on November 15, 2022, investigations led to the arrest of the couple.