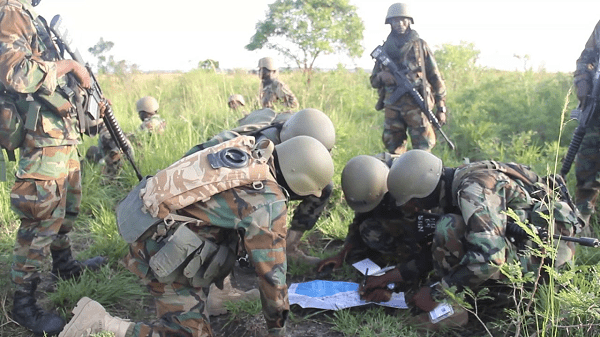 Ashanti Regional Health Director Emmanuel Tenkorang has disclosed that armed military and police personnel had to use force to get a Chinese national to the hospital after showing symptoms of the deadly coronavirus.

The Chinese later tested positive and is currently in isolation receiving medical attention under armed guard.

Mr Tenkorang today at a press conference said this should have been confidential but he had to let the public know.

"Sometimes there is a need to break confidentiality, using the Kyereapatre issues as a test case, this is a person who had been sick at home and everybody realized that from the signs and symptoms and also the travel history this may be one of the conditions. We were alerted and our team went there and we saw the situation but he was refusing to go with us to the hospital and we can't put the public in any danger, for that reason we had to call REGSEC and the security services to help us convey him to the hospital and truly he tested positive. In situations like this, though human rights and other confidentiality issues are very important, the public health is also key, so if you are not conforming to the public health principles we have to apply force.

The Chinese national who tested positive is one of the 24 persons who have contracted the virus in Ghana.

People in Atonsu and Kyereapatre fear for their lives, they say the Chinese national is in charge of a company and once he has been infected he could have passed it on to his workers but Mr Tenkorang allayed their fears.

"The contact tracing for this case has been done, as at now we have one person who has also been isolated, all the contacts have been identified and we are monitoring them. If you are staying around but have not come into contact with that person you don't have to fear".

The Chinese national is said to be a 27-year old man who travelled outside Ghana but returned a few days ago but showed symptoms of the virus.Â

The resident noticed and told officials but he did not agree to get a test and it had to take the effort of the military and armed policemen to get him to the hospital where he later tested positive.