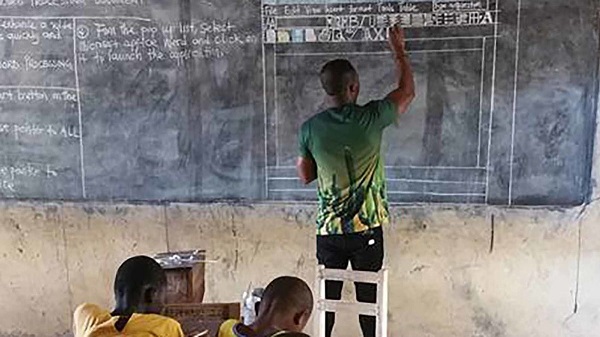 The Ghana National Association of Teachers (GNAT) is asking the government to as a matter of urgency release books based on the new curriculum.

The Association says the delays in the release of the books is affecting academic work because teachers have to fall on materials that are not prescribed.

Central Regional Chairman of the Association Rev. Dr Isaac Owusu made this known at a delegate conference in Cape Coast.

"As I speak the teachers are only using the manual given to them at the workshop, so we do not know why up till now the employer is not giving the student and teachers textbooks and teachers guide."

The new curriculum was designed in 2019 as part of the learning experiences necessary to equip pupils and students.

The new curriculum is to help address deficiencies in the educational system and prepare Ghanaian students to compete favourably with their global counterparts.

The new curriculum took effect from the 2019/2020 academic year.

Director-General of GES, Prof. Kwasi Opoku-Amankwa, speaking at the launch on Thursday in Accra, says the new curriculum would take effect from the 2019/2020 academic year.

According to him, the GES has identified some deficiencies in the current curriculum.

Giving features of the new curriculum, he said, at the Kindergarten (KG) level, the number of learning areas would be reduced from seven to four.

The four areas, he said, were integrated themes including literacy, numeracy, our world, our people, and creative arts.

He noted that at the lower and upper primary, the number of subjects remains the same.

The Director-General added that “however, there will be fewer concepts and more in-depth treatment of concept in each subject.”