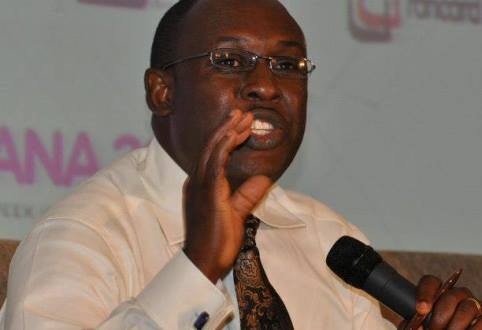 Senior Vice President for IMANI Africa, Kofi Bentil says the Electoral Commission, EC can never explain its decision to compile new voters' registers to a room of IT experts.

According to Kofi Bentil, the EC since it announced that it will compile new register has not been able to explain to experts and Ghanaians why they decided to do so.

"There has never been any time in a room of people who understand these things when the EC has been able to sufficiently explain. The EC will never be able to explain why it must do what they are purporting to do to a room of IT experts."

IMANI Africa was part of some Civil Society Groups that were invited to the new voters' register meeting which ended inconclusively.

Speaking on Joy FM, Kofi Bentil said the EC has on many occasions failed to convince experts and ordinary Ghanaians that we need a new voters' register which clearly shows it's a wrong approach.

"I am saying they've tried it consistently and failed that tells you that it is just not doable. Is like someone coming to tell you that the sun rises from the West it's not possible to explain."

Kofi Bentil said the reasons being provided by the EC does not make sense, "They say they are saving cost but the numbers don't add up, let me put it in very simple terms if you say I'm going to register 17 million people and you say it is going to be cheaper than me registering 2 million people it does not make sense, the only reason the EC is trying this is because they said somebody told us if we do everything they will charge us less, you can go out and find out how much a cost per person and all those things because mathematically it can't be that today if you are registering 17 million people it will be cheaper if you are registering 2 million people. You tell that to the marines, not to a room of intelligent people, the EC's consistent failure to convince people who are not even IT experts tells you that there is something wrong with that approach, and we are saying there are other ways to do this thing."

Referencing some examples around the world, Kofi Bentil said every country that tries to introduce biometric systems for the first are always faced with challenges.

"Everywhere that new biometric systems have been introduced they have had major problems we have listed them and we can tell you if we all go to sleep and they do it the fact on the ground and the experiential evidence across the world is that even is they do it we will have a massive problem."

Kofi Bentil noted that the only explanation for EC's action is that the country will spend money to buy trouble for the 2020 general elections.

"We would have to spend money to buy trouble".