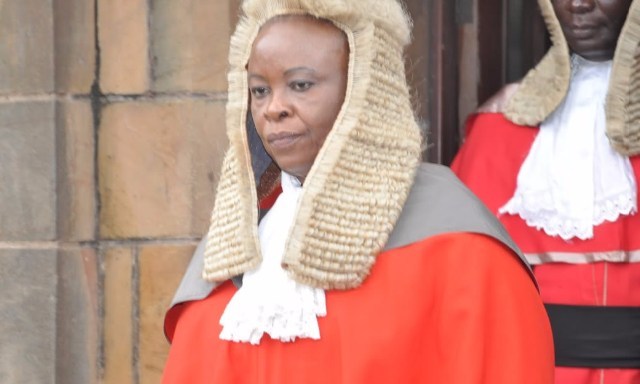 She will deliver her Valedictory Judgement in the case of the Centre for Juvenile Delinquency verses Ghana Revenue Authority and two others, as she bids farewell to the Bench after 35 years of service to Ghana.

Justice Adinyira was appointed to the Supreme Court on the 15th of March 2006 during the Presidency of John Agyekum Kufuor and has served at the Apex Court of the land for 13 years. She exits the Bench as the third most senior Judge out of the current number of 15.

Among several others cases that she adjudicated, she was a member of the nine-member panel that heard and decided the famous “Election Petition” case of 2013.

She will be remembered for her no-nonsense approach to the adjudication cases particularly as a justice of the Supreme Court.

Justice Adinyira was born on 8 June 1947. She had her legal training at the University of Ghana and the Ghana School of Law and was called to the Ghana Bar in 1973. Her ladyship Justice Adinyira worked at the Attorney General’s Department before being appointed to the High Court in 1989. She also served as a Judge of the United Nations Appeals Tribunal from July 2009 to June 2016, sitting in New York and Geneva.

Adinyira is a member of the International Association of Women Judges and chairs the National Multisectoral Committee on Child Protection. She drafted a juvenile justice policy for Ghana supported by the Minister of Gender, Children and Social Protection and Unicef.

She is also a member of the General Legal Counsel, the body responsible for legal education in Ghana.