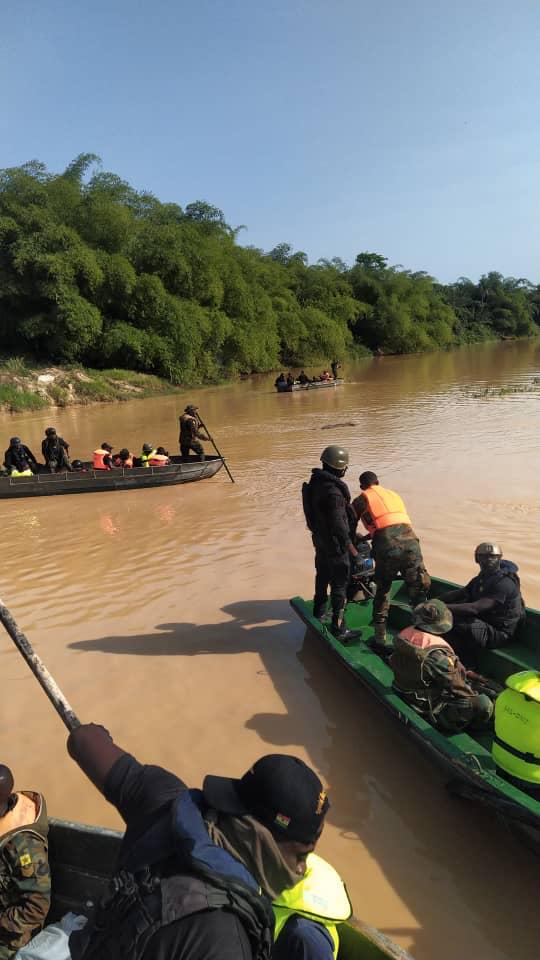 Foreign Policy and Security Analyst, Adib Saani has questioned the relevance of the deployment of soldiers by government to execute the removal of illegal miners operating on the countryâ€™s water bodies in the renewed fight against illegal mining.

In an interview, he cautioned that â€œif we are not careful, we will end up creating another problem in an attempt to solve problemâ€
He said government should rather pay attention to the root causes of the menace by fixing the scourge of unemployment in illegal mining areas which serves as a motivation for the youth to engage in galamsey for survival.

â€œThis is not the first time such an approach has been used. The first time it was used it garnered a lot of public debate especially when the soldiers became so ruthless to the extent that some people felt their rights were being violated with the burning of excavators at the sites and all that."

â€œSo Iâ€™m absolutely shocked and gobsmacked that we seem to be using the same approach that failed us in the past. The height of incompetence is doing the same thing over and over again expecting a different outcome,â€ he said.

Mr Saaniâ€™s remarks follow an order by President Nana Addo-Dankwa Akufo-Addo to the Ghana Armed Forces to urgently remove all persons and logistics involved in mining from Ghanaâ€™s water bodies.

The operation has started on River Pra in the Central and Western regions.

Mr Saani cautioned that the deployment of the soldiers may rather compound the galamsey phenomenon as the fundamental issues that fuel the menace remain unaddressed.

He emphasised that the galamsey business is structural and systemic and required a holistic approach at all levels to completely eliminate the canker.

He urged the government to engage the chiefs and local people who resort to the illegal activity for livelihood and empower the local people with alternative means of livelihood.

â€œLet us address the human insecurities in those areas that are creating the financial uncertainties which ultimately push the youth to engage in the activity. Do we have enough social or protective cover for those persons who make thousands of cedis on a daily basis in the galamsey pit? Do we have any social intervention to absorb them?â€ Mr Saani asked.

â€œFighting galamsey should go beyond the politically expedient militarised way of doing things. We need to be strategic in our approach. We need to involve the locals and confront the human insecurity in those areas and we need to nip in the bud the culture of impunity by punishing perpetrators oblivious of whoever is involved,â€ he proposed.