Ghanaians no longer accept poverty as their portion - Akufo-Addo 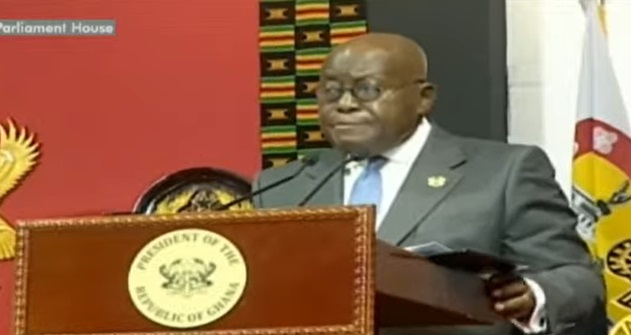 President Akufo-Addo says Ghanaians have proven in the last four years that they will no longer accept poverty.

The President speaking after his swearing-in ceremony on January 7, 2021, he said Ghanaians are working tirelessly to improve their lives.

"What I have seen the last 4 years tells me that the Ghanaian will no longer accept poverty as his portion but is rather determined to work to carve a path of growth and development. Today our economy even in the face of Covid continues to show recovery faster than earlier."

President Akufo-Addo has been sworn in for his second term after beating John Mahama in last month's election.

READ ALSO: Akufo-Addo sworn in as President for his second term

Heads of state from across Africa and dignitaries watched him take the oath of office at a ceremony at the Parliament House on January 7, 2021.

Wearing a black suit, he took the oath of allegiance and oath of office administered by the Chief Justice, Kwasi Anin-Yeboah.

Taking the oath of office, he promised to "protect and defend" Ghana's constitution.

He subsequently signed the oath book to confirm his dedication to the service of the country for the next four years.

Akufo-Addo beat NDC's John Mahama in an election where he polled 51.59 per cent as against main opposition candidate John Mahama's 47.36 per cent of votes.

However, John Mahama filed a petition at the Supreme Court to challenge the outcome of the December 7, 2020, presidential elections.