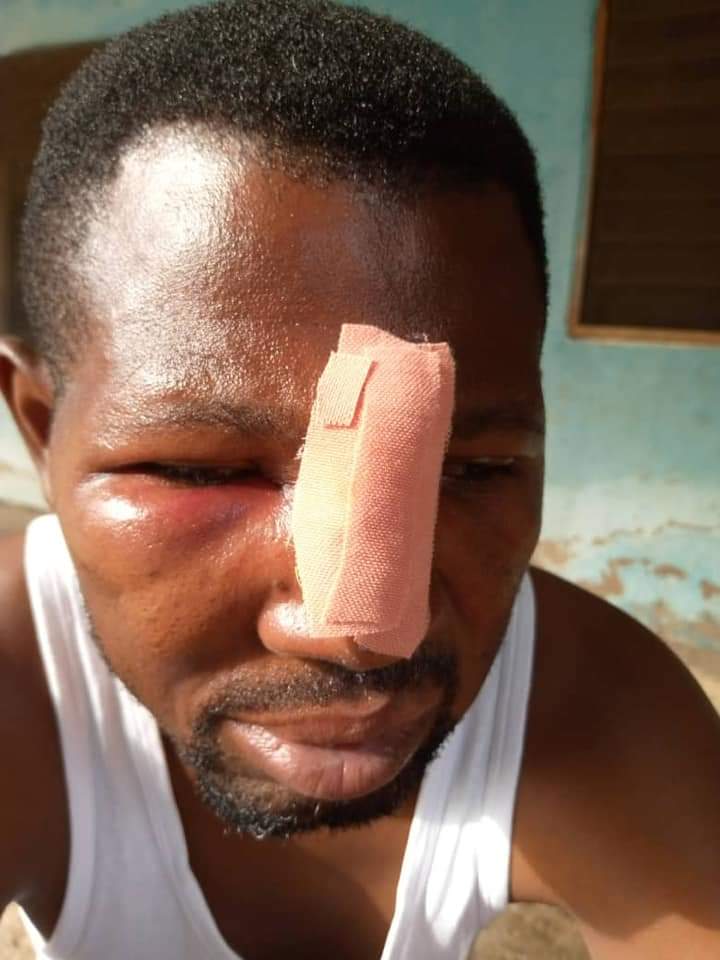 The 17-year-old student of the Nungua Krowor 2 Junior High School (JHS) in the Greater Accra Region is in the custody of the Nungua Police Command for inciting a gang to attack his teacher.

The attack which occurred last Monday forced teachers of the cluster of schools to abandon the classroom in demand of justice for their assaulted colleague.

Municipal Chief Executive (MCE) for the Krowor, Joshua Nii Bortey said the juvenile has been picked up by the police to assist with investigations.

“The boy has been arrested, he is in police custody now. He is a juvenile but brought a gang to commit the crime. The purpose of his arrest is to assist in investigations.”

The student-led 15 other men from Nungua to beat up the maths teacher on February 22, 2021.

The teacher sustained a head wound and was in a blood-soaked shirt when he reported the incident to the police.

He was accompanied by Roger Asempa, the headteacher of the school.

A joint stakeholder meeting comprising the headmaster, teachers and students of the school, the Regional and Municipal Directors of Education, the Nungua District Commander of Police and the Krowor MP, among others, was held the following day over the incident.

Speaker after speaker condemned the incident and pledged to assist police hunt for the suspects.

The teachers had threatened to withdraw their services owing to the incident but rescinded their decision after the stakeholder meeting. They will resume academic work next Monday.

Meanwhile, the MCE has assured teachers of the school of the Municipality’s commitment to ensure their safety.

“The police and other municipal authorities have met the teaching staff and assured them of their safety”, the MCE, Joshua Nii Bortey indicated.