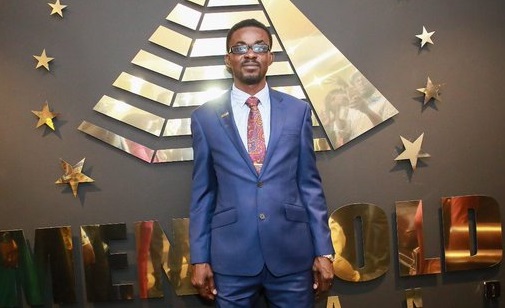 The aggrieved soldiers dragged Menzgold to the High Court for failing to pay back heir total investment of GH¢2.5 million.

The plaintiffs — from the Ghana Navy, the Ghana Air Force and the Ghana Army — are praying the High Court to order a refund of their money.

According to the plaintiffs, all efforts to retrieve the money had been unsuccessful.

The amounts quoted on the filed court documents represent the plaintiffs’ principal.

Plaintiffs are arguing that even if the defendant claims that it cannot pay their interest, they are entitled to their principals.
Plaintiffs’ case

A statement of claim accompanying the writ of summons stated, inter alia, that the defendant, through advertisements and its agents, reached out to the Ghanaian public to subscribe to its services.

It said the plaintiffs took advantage of the advertisements and subscribed to the defendant’s services by investing various sums of money in 2018.

It said the agreement was for 12 months, after which investors were permitted to terminate or to reactivate their investments.

According to the statement of claim, the defendant company paid the interest, popularly known as extra value, but stopped some time in August 2018 and had since failed to either pay the interest or refund their principal.

The plaintiffs, according to the statement, on several occasions attempted to retrieve their money but they hit a snag.

“Plaintiffs have approached the defendant countless times but they are always met with excuses and postponement,” it said.

Read also: I made more than I invested in Menzgold – Lawyer Maurice Ampaw

Describing themselves as hardworking men and women of the Ghana Armed Forces, the plaintiffs contended that they had invested their “sweat and tears” in the defendant company.

They said they were worried that their hard-earned money from what they termed as “sleepless treks and peacekeeping missions” was what they had invested in Menzgold.
The plaintiffs, therefore, prayed the court to direct the defendant company to refund their investments.

The plaintiffs have, since the issuance of the writ of summons, been unsuccessful in serving it on the gold-trading company.

Following from that, their counsel, Mr Yaw Owusu Anane-Asante, on January 8, 2019 filed an application for a substituted service.

The court, presided over by Mr Justice Jerome Noble Nkrumah, has ordered that the writ of summons, the statement of claim and the order for substituted service be served on the defendant via the notice board of the High Court, be published in the dailies and on the notice boards of the last known office of the defendant.

The notices are to last for 14 days.

Meanwhile, the Economic and Organised Crime Office (EOCO) has frozen the accounts of the Chief Executive Officer of Menzgold, Nana Appiah Mensah (NAM1), with immediate effect.

Again, some aggrieved customers of Menzgold are asking the government to, as a matter of urgency, secure a court order to temporarily take over the offices of the company (rented or owned) to prevent the owner and his accomplices from moving funds from vaults containing huge sums of money outside to unknown destinations.

The Bank of Ghana and the Securities and Exchange Commission had, in the past, issued a series of warnings to the public to desist from dealing with the company because it had not been licensed.

Read also: I won’t say anything about Menzgold for now – Okyeame Kwame