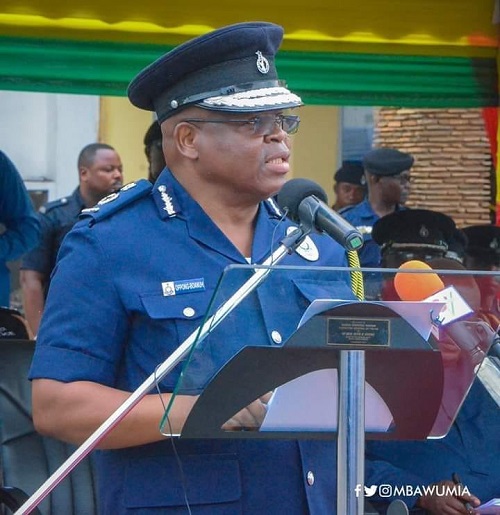 The minority in Parliament is questioning President Akufo-Addo's decision to appoint an acting Inspector General of Police, IGP.

According to the Minority, there was no need for President Akufo-Addo to appoint an acting IGP because there are a lot of options for him to appoint a substantive IGP to help the work of the police.

"We have the men in the police service but just that the President is afraid of the professionalism of the men, there is no doubt you can give IGP to certain personnel in the police service and jump over people like Kofi Boakye, Christain Nyehonu...they have the men so when all those bigs guys were there and they were promoting those who were under them....to bring them in such a way that they can attain the position of commissioner so that they can equally be given...... we saw it happening but when that happens you will think that you are going to benefit from the........nature of the person you are putting there but it is a shame to you because when the police is not performing very well, the security is not at its best no body will blame them alone they will blame you the President too , you are the appointing authority so clearly what the President has done is not good for the country but it is good for him because he is taking the police service under his office and he will tell them what to do and what not to do....."

President Akufo-Addo yesterday appointed James Oppong-Boanuh as acting Inspector-General of Police until a substantive one is appointed.

In a statement signed by Communications Director at the Jubilee House, Eugene Arhin President Akufo-Addo directed the current IGP, David Asante Apeatu to hand over to Mr. Oppong-Boanuh with immediate effect.

The statement directed Mr. Asante Apeatu to proceed on leave ahead of his retirement on August 14, 2019.