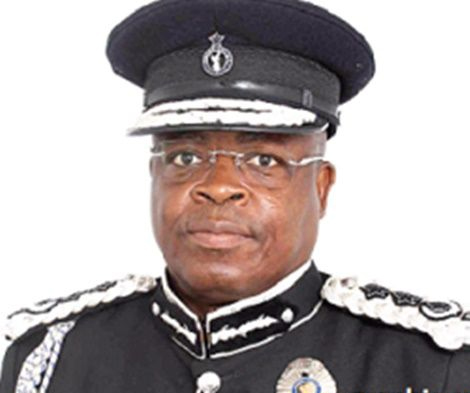 President Akufo-Addo has appointed James Oppong-Boanuh as acting Inspector-General of Police until a substantive one is appointed.

In a statement signed by Communications Director at the Jubilee House, Eugene Arhin, today, President Akufo-Addo has directed the current IGP, David Asante Apeatu to hand over to Mr. Oppong-Boanuh with immediate effect.

The statement directed Mr Asante Apeatu to proceed on leave ahead of his retirement on August 14, 2019. 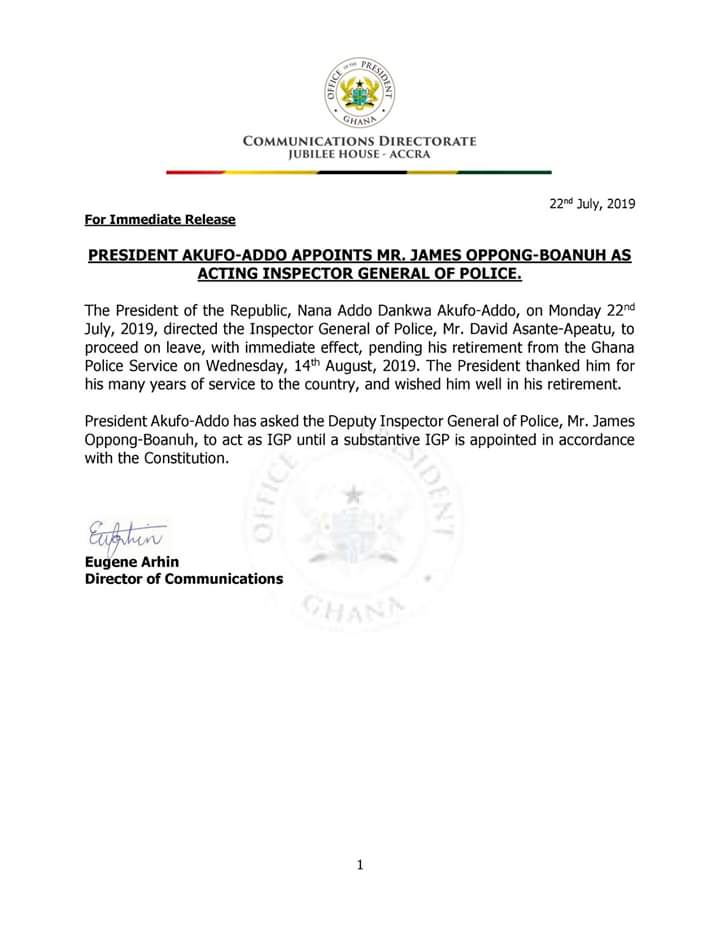