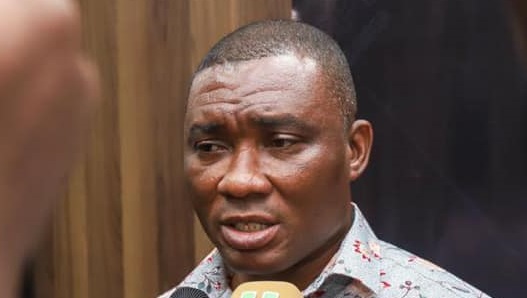 The Member of Parliament for Tarkwa Nsuaem, George Mireku Duker has denied reports that his bodyguard has been killed at an illegal mining (galamsey) site.

Some news portals on Friday reported that a man allegedly shot to death by three Chinese nationals who have been arrested was a bodyguard to Mr Duker who’s also the Deputy Minister for Lands and Natural Resources.

But Mr Duker in a statement said: “I wish to state emphatically that, I have only one (1) bodyguard, assigned to me by the Republic. My bodyguard, an officer of Ghana Police Service is alive. I do not have any other bodyguard anywhere nor have I ever had a bodyguard with such name in the said publication.

“The publication going round is not only misleading and fake but defamatory as my detractors will not stop at anything just to tarnish my hard-won reputation. In their scheme to cause massive damage to me they have linked a person whom I have no connections with whatsoever with intent to subject me to public ridicule and hatred, reduce my estimation in the eyes of right-thinking members of the public, scandalize and embarrass me beyond measure.”

Mr Duker entreated the public to disregard the publication since he does not have any association with the said alleged person nor does he have a bodyguard with such name.

He urged media houses that have published the news item to withdraw the publication immediately and apologize thereon, within 48 hours or face the consequences of the law, adding that he’s referred the matter to his lawyers for the necessary legal action.