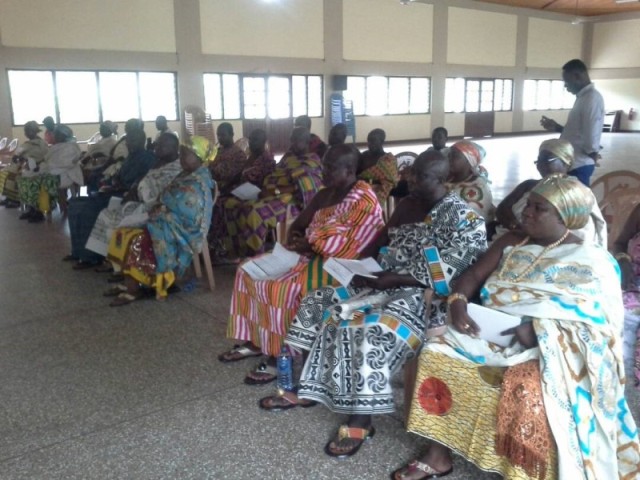 Paramount Chief of Sunyani Traditional Area Nana Bosoma Asor Nkrawiri II, has appealed to government to intervene to fast-track the passage of a Legislative Instrument (LI) that would support and give realistic meaning to the enforcement of the Mental Health Act.

He reminded President Nana Addo Dankwa Akufo-Addo to fulfil his 2016 campaign pledge of building mental health hospitals in the middle and northern part of the country to enable patients to easily access medication.

Nana Nkrawiri II made the appeal in a speech read on his behalf at a workshop for 30 chiefs and queens on the Mental Health Act, 2012 (Act 846) in Sunyani.

They were selected from Sunyani, Odumase number one and Awuah Odumase Traditional Areas in the Brong-Ahafo Region.

Nana Nkrawiri II noted that mental health service delivery in the country was confronted with several problems, saying because there was no LI, enforcement of certain provisions in the Mental Health Act remained a national challenge.

He suggested the need for health professionals to be made to undertake mental health as a core subject at the various health training institutions so that they would be in the position to detect mental health cases for proper management.

This, the paramount chief added, would also ensure that mental health care was successfully integrated into the primary health care system.

While calling on the government to give urgent attention in addressing the challenges in the mental health sector, the Paramount Chief entreated traditional rulers to play a leading role and disseminate information about the Act 846 in their localities.

“It is inhumane and cruel for families to abandon their relatives suffering from mental illness in the streets or at prayer camps”, Nana Nkrawiri II stated and asked individuals, organisations and business enterprises to support people living with mental disorders and epilepsy with drugs, clothing, food and shelter.
He commended MIHOSO international and its partners for the workshop and asked the participants to go back home and impart the knowledge they had acquired to bring about positive change in their communities.

Some major disorders among adults include; violence, depression, suicide, epilepsy and schizophrenia, he said, and advised parents not to hide their children with mental problems in homes but help them to seek early medication.