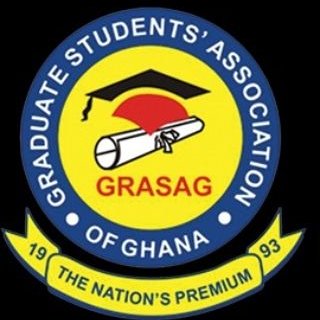 National President of the Graduate Students' Association of Ghana (GRASAG) Samuel Sagoe says the proposed Public Universities Bill is a clear threat to the stability of universities.

He questioned the relevancy of the bill and insist there is nothing wrong with the current instrument regulating the sector.

He described the proposed bill as unnecessary and tool that could shake and destabilize the foundation of universities in Ghana.

"Our concern now is that the Public Universities Bill threatens the stability of all universities. Whose interest is the government hoping to protect with this bill, is it the interest of the students, the lecturers, administrators or themselves. This only serves the interest of the government because it gives it total control over the universities and we are worried about that. With regards to the KNUST chaos, we had the Minister for Education siding with management. Now when the chaos happened, government excused itself and pointed fingers at the University Council. With this new bill, what we are seeing is that government will not only be a supervisor in the activities of the universities they will now be an active decision-maker, so in case of issues affecting students we can't run to them anymore,"

He also spoke on a provision in the bill which gives the President the power to dissolve the council in case of emergency.

"This is problematic, the fact that the President can dissolve the Council at any time in terms of emergency is a huge problem. What kind of emergency are they referring to, a disturbance, chaos? What is even worrying is the bill saying the Council should be dissolved immediately, without investigating the cause of that disturbance," he said on Joy FM's NewsFile.

Former Vice-Chancellor of the University of Ghana, Prof Ernest Aryeetey has also added his voice to ongoing debate concerning the proposed bill.

According to him, the draft Bill, which will see government control the majority of the membership on the universities’ councils, and leave them under the Education Minister.

“…the Bill takes away any incentive for Ghanaian public universities to seek to be innovative and progressive. It is designed to stifle initiative and politicise universities under the full control of the Minister of Education,”

The new Public Universities Bill signed by the Education Minister, Dr Matthew Opoku Prempeh seeks to regulate the activities of public universities under one law.

The proposed law seeks to change the structure of the governing councils of the public universities with the majority of the members being appointed by the President.

This will be a deviation from the norm, where the university’s members are normally in the majority. The admission of students into public universities will also be altered with the introduction of a centralised system.

According to Dr Prempeh, the focus of the bill is to bring all public universities together under one policy, properly regulated under a well-defined scope of operation as has been done in other democracies across the world.