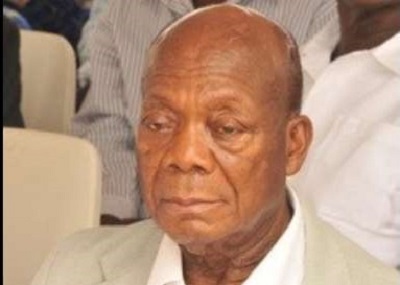 Stephen Ntim has paid a touching tribute to the former National Chairman of NPP Harona Esseku who died on Wednesday at the age of 88.

In a sorrowful tribute, Stephen Ntim, who is the current chairman of the NPP said "we have lost a great man".

"I received with shock the passing of our former National Chairman Haruna Esseku, he wrote on social media.

Chairman Esseku was a founding member of our great Party and became the National Chairman in 2001-2005 during which time I served as the 1st Vice Chairman. I have fond memories of us working together and I learnt so much from him, he was such an experienced politician. I will forever miss him.

My condolences to the family, NPP and Ghana at large. We have lost a great man. May his gentle soul find eternal rest."

The late Harona Esseku was honoured with the Order of the Star of Ghana award by former President John Agyekum Kufuor in 2007.