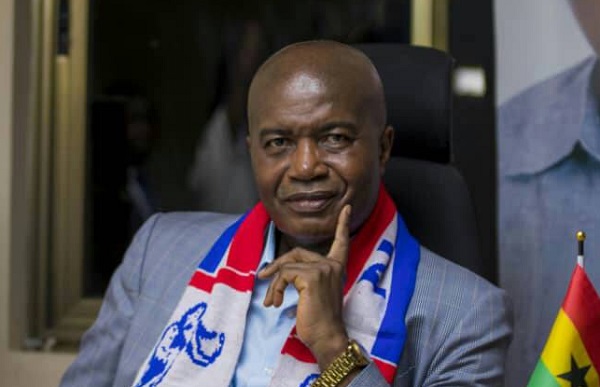 A five-time National Chairman aspirant of the New Patriotic Party (NPP), Stephen Ntim, has been elected to the position at the national delegates conference of the party.

Mr. Ntim will take over from Freddie Blay, who has served in such a position since 2015.

Mr. Ntim was elected as Chairman of the NPP at the party’s National Delegates Conference held at the Accra Sports stadium.

NPP will retain power in 2024 if you elect me as chairman – Ntim
Prior to the election, Stephen Ayesu Ntim, had charged the party’s delegates to elect him as the National Chairman saying, under his chairmanship, NPP would retain power in the 2024 general elections.

“All you have to do is to elect me on Saturday as the party’s National Chairman, and I promise you that I will make whoever you choose as the party’s flagbearer for the 2024 elections the next President of Ghana,” he pledged.

“Let me reiterate this point, with Ntim as National Chairman, I will only ask you to give me a presidential candidate and I will give you a President,” he stated.