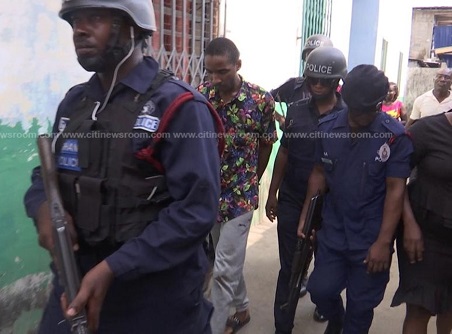 The Police command in the Western Region have set up a committee to find out which particular CID officer aided in the jailbreak of the suspected Kidnapper, Samuel Udoetuk Wills.

The supect who appeared in Court yesterday February 11, 2019, said he was aided to escape by one CID officer together with his friends Kwesi and John.

He could not however mention the name of the CID officer but said he will be able to identify the person if an investigation parade is conducted.

“The Regional Commander has constituted a team to immediately investigate all those at the station because as at now we don’t know exactly which CID personal aided [his release]. All the CID personnel are going to be questioned,” the Public Relations Officer of the Western Region Police Command, Olivia Adiku, told Joy News.

A security analyst Adam Bonaa says the Police must release its initial investigation into the escape which happened on January 2, 2019.

“The police should usually come out timeously they should give us their initial report on issues that have come up,” he told Joy news
He added that delay and silence of the Police in this matter will further reduce the confidence the families and residents have in the Police.