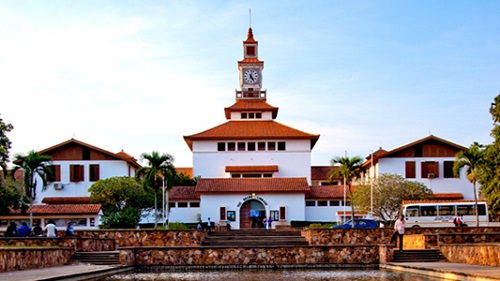 The University of Ghana, UG has suspended the 7-member committee tasked to probe BBC Africa Eye's sex for grade documentary.

The 7-member committee led by a retired Supreme Court Judge met on Wednesday, after the meeting the committee concluded their work could be challenged because there was no complainant.

According to Joy FM's report, the Vice-Chancellor of UG has constituted a 5-member fact-finding committee to look into the issue, the committee will present their report to the Anti-Sexual Harassment Committee for onward submission and action by the VC.

A seven-member committee was tasked by the University of Ghana, UG to probe BBC Africa Eye's sex for grades documentary.

The committee was expected to establish the guilt or otherwise of two lecturers of the University implicated in the sex for grades documentary.

The committee was headed by a retired Supreme Court judge and the other six members are from the anti-sexual harassment committee of the University.

READ ALSO: BBC sex for grades: I may have also not escaped the trap - Kweku Baako

The University on Saturday disclosed that Dr. Margaret Amoakohene the Chairperson of the anti-sexual harassment committee of the University of Ghana (UG) will not chair the committee after calls for her to recuse herself.

Dr. Margaret Amoakohene in her response to the documentary said the committee does not side with BBC's tag of their documentary as 'Sex for grades'.

She said they do not side with the BBC Africa Eye documentary because there is no evidence that shows the UG lecturers slept with the students to give them better grades.

Two lecturers of the University of Ghana a Political Science lecturer, Prof. Ransford Gyampo and a lecturer at the College of Education, Dr. Paul Kwame Bukator were indicted in the ‘Sex for Grades’ exposé.

But private legal practitioner, Martin Kpebu on NewsFile advised Dr. Margaret Amoakohene to recuse herself after her earlier comment of not finding any wrongdoing on the part of the lecturers who have now been interdicted.

Ms. Amoakohene in a radio interview stated that although she sides with the fact that it is misconduct among those lecturers and thereby calls for further investigations, she disagrees with the “sex for grades” tag.