VGMA break in transmission: the fault was from us, not TV3 - Charter House 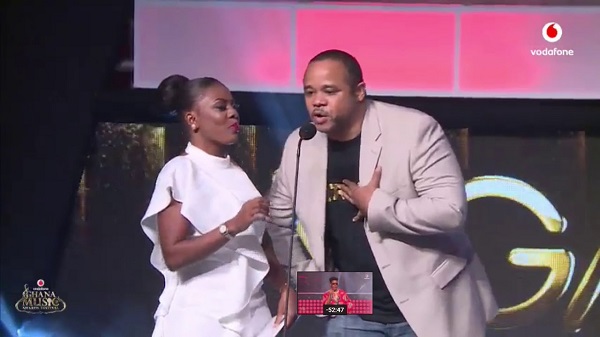 Management of Charter House, the organizers of the 19th edition of the Ghana Vodafone Music Awards (VGMA) has explained that the brief disruption in its live coverage of the VGMA last Saturday was caused by lost feed from them and not that of TV3.

Telecast of the live event was disrupted for about a minute just around midnight of April 14 during an award presentation by Nana Aba Anamoah, former employee of TV3; a situation that triggered criticisms against the leading free-to-air television station in the country on both social and traditional media.

Some critics claimed the brief disruption was deliberate, describing same as “petty”.

But a statement from TV3 has blamed the disruption on Charter House.

“Post the awards, investigations were conducted into the cause of the disruption which revealed that the feed from Charter House, who produced the show to TV3, was briefly interrupted, causing the break in transmission,” the statement signed by Media General Head of Corporate Affairs, Richard Ahiagble said.

Reacting to the statement, Head of Communication at Charter House, George Quaye admitted that the fault was from his outfit and not from TV3.

Read the full statement from TV3:

During the live transmission of the 19th Vodafone Ghana Music Awards (VGMA), TV3 experienced a brief disruption in service which impacted our viewers across the country.

Our team, working with our partners and event organisers, Charter House urgently got to work to ensure transmission was restored to our cherished viewers immediately.

Post the awards, investigations were conducted into the cause of the disruption which revealed that the feed from Charter House, who produced the show, to TV3 was briefly interrupted causing the break in transmission.

As the leading media organisation in Ghana with extensive experience in live productions, we appreciate and understand the technical challenges inherent in producing an event such as the VGMAs.

We are aware that the break in transmission from Charter House to TV3 was of a technical nature and not deliberate.

We apologize to our viewers for the brief loss in transmission and have taken your feedback in good faith.

We will continue to work towards delivering superior content that enriches your viewing experience.

But above all, it is our hope that you [our viewers] enjoyed our coverage of the Awards.