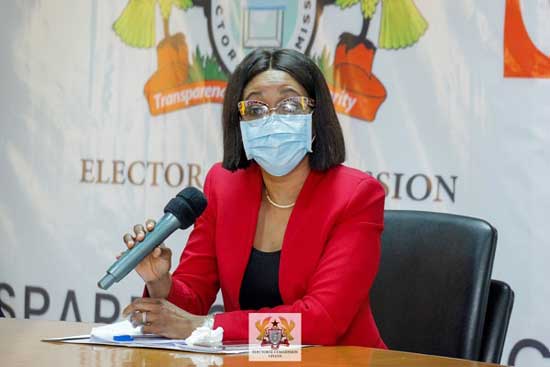 The Electoral Commission (EC) has come out to brush off a video which suggested that former President John Mahama was announced President-elect by EC boss Jean Mensa.

The EC said the public should disregard the video and added that President Akufo-Addo is the President-elect and the declaration has been gazetted by the Ghana Publishing Company Limited (GPCL).

Below is the EC press release 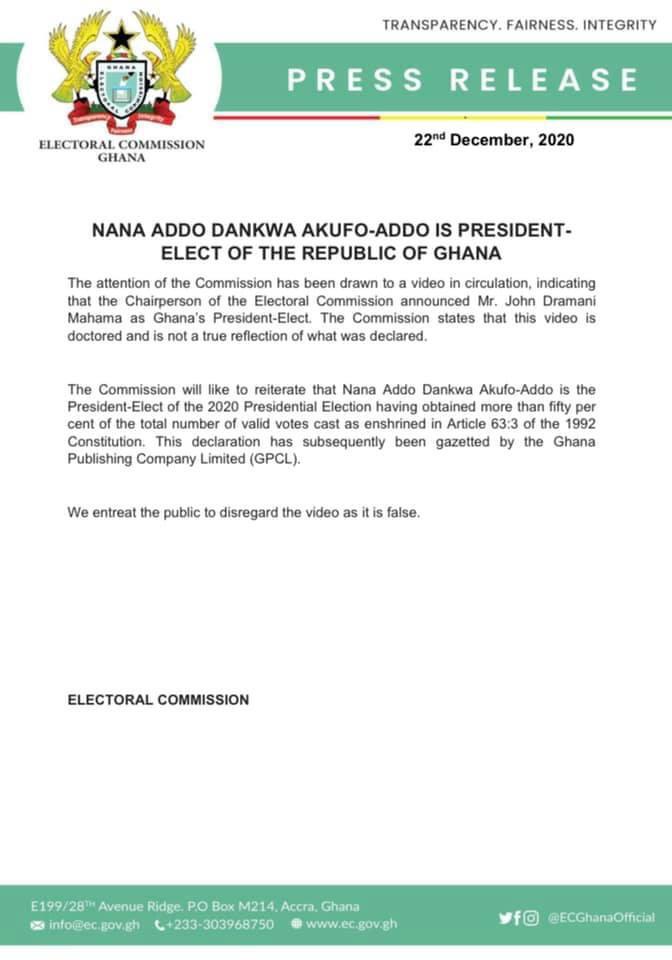