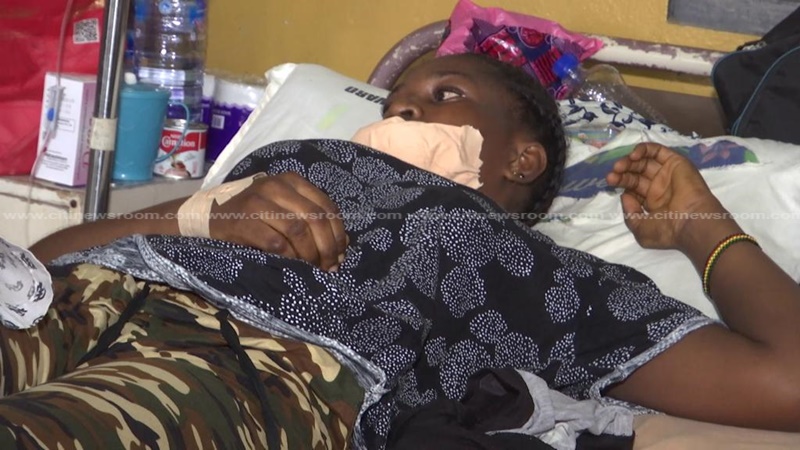 The Kwesimintsim Police Command in Takoradi has arrested a 23-year-old health worker over a gruesome attack on one Beatrice Agyapong, a hairdresser for accepting a lift from her boyfriend.

The health worker, Clara Atimperi, bit off more than half of the lower lip of Beatrice Agyapong in a bloody attack.

Though Clara Atimperi reported herself to the police on the same day of the incident on Friday 18th January, she was not arrested for whatever reason, until today Monday, after the story had gained media attention. 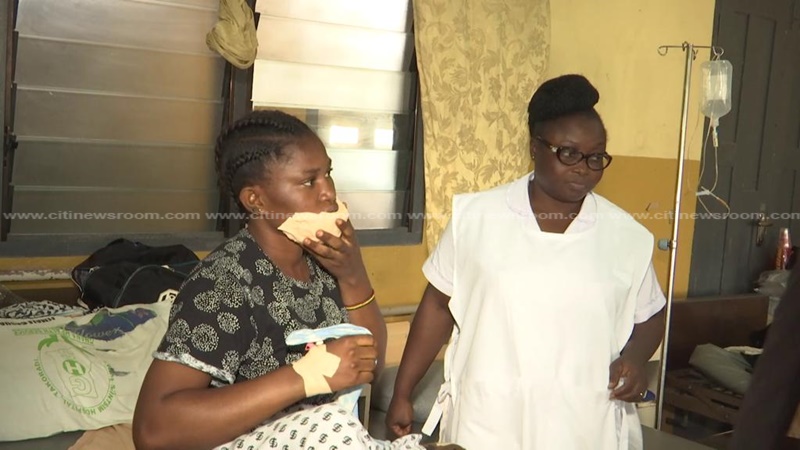 “She has been just arrested and is in police custody. We can’t charge her now because the victim has just been referred to Korle-Bu so we need to wait for more information before you can charge her or take the suspect to court. So, for now a caution statement has been taken from her”.

Beatrice Agyapong, who is a hairdresser at Airport Ridge in Takoradi, said she got a lift last Friday on her way to Kwesimintsim to buy food because she knew the driver of the car.

“I was recently treated of ulcer and was advised by doctors to adopt the habit of eating early to avoid complications. So on Friday 18th January 2019 at about 8:00 am, I decided to go to Kwesimintsim to buy food. Just as I stepped out of the house, I saw a private car known to me passing, so I signalled it to a stop asked for a lift to Kwesimintsim so I could find some food to buy.”

She was however attacked by Clara Atimperi who’s the driver’s girlfriend, as she was getting ready to eat after walking back to the Saloon at the Airport Ridge. In their exchanges, Clara bit-off the lower lip of Beatrice after hitting her on the head with an object.

“She held my neck and pushed me, and then hit me with an object in the head, before she grabbed my lip and started chewing it as I struggled to defend myself but to no avail; suddenly I saw my blood splashing on the floor that was the last thing I remember at the salon. 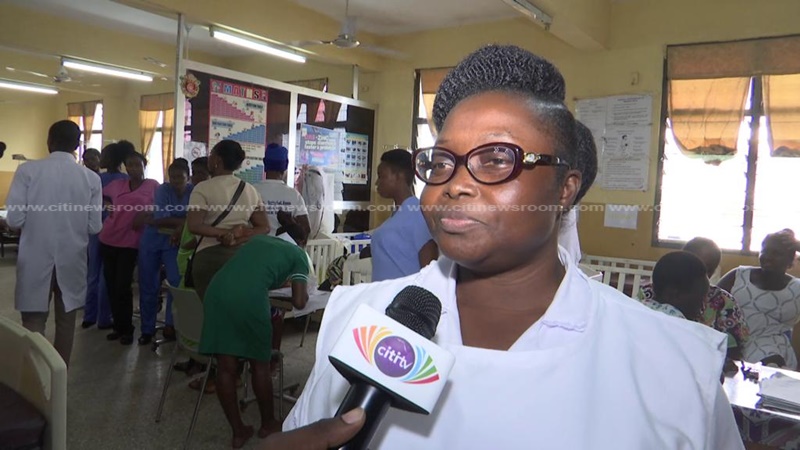 Nursing officer-in-charge of the Female Ward at the Kwesimintsim Hospital, Clementia Adda

The Nursing officer-In-charge of the Female Ward at the Kwesimintsim Hospital, Clementia Adda, narrating the state in which she was brought, said, “She was brought in around 9:00 am on Friday morning, with the whole mouth covered in blood, so we called the Dentist.

We realized that they didn’t come with the lower lip, so we asked that they bring it, but it was dead when they brought it. The dentist then took her to the Dentist Unit for dressing. She was in great pain when she was brought and they told us that she had a quarrel with a lady whose boyfriend gave Beatrice a lift”.

Dr. Portia Frimpong, who is the Medical officer for the Kwesimintsim Hospital, told Citi News that, “upon examination, we realized she had lost more than half of her lower lip. We tried to fix the lost tissue back but to no avail, because the tissue was dead when it was brought in so we had to discard it. For now, we have spoken with the family about the need to seek plastic surgery intervention, so we have given them a letter to go to Korle-Bu as quickly as they can”.

Beatrice Agyapong, who was in pain and struggled to speak from her bed at the Kwesimintsim Hospital, told Citi News that “the case is in the hands of the police. An inspector came here on Saturday and I wrote my statement and I think they are doing something about it”.