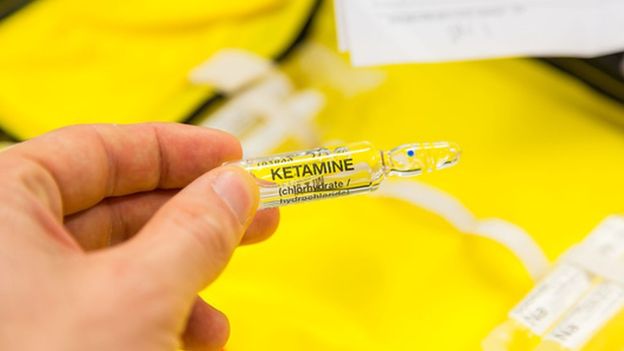 A one-off dose of ketamine may help heavy drinkers cut back on alcohol, an experimental trial by University College London suggests.

When the sedative was used to disrupt peopleâ€™s memories of why they wanted to drink, they drank less and their urge to drink lowered over nine months.

The researchers say ketamine could be a helpful treatment for alcohol and other addictions.

Experts said the findings were worthy of further investigation. 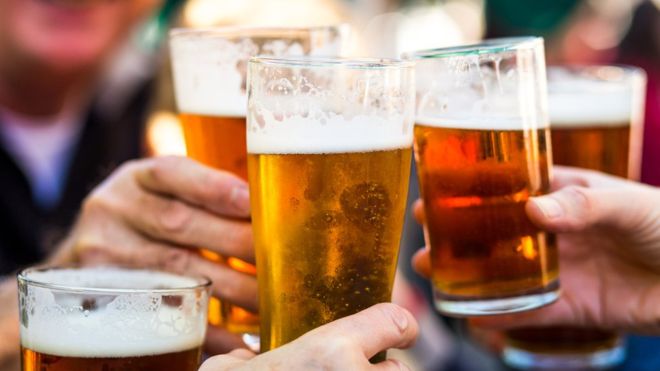 What is ketamine?
Ketamine is widely used in the NHS as an anaesthetic, sedative and pain reliever.

It is also commonly used on animals.

Because of its hallucinogenic effects, it is also thought of as a â€œparty drugâ€.

But it can cause serious harm to the body, and be fatal, if used this way.

Ketamine is classed by the government as a Class-B drug, which means it is illegal to take, carry, make or sell.

What did the study find?
The study involved 55 men and 35 women who were drinking about 30 pints of beer a week â€“ five times the recommended limit â€“ but had not been diagnosed with alcohol addiction and were receiving no treatment.

First, they were shown pictures of beer and other drinks, asked to rate their urge to drink and the pleasure it would give them and then given a beer.

Next, they were split into three groups and:

But the first group had the greatest overall improvement:

cutting their alcohol intake by about half
drinking on fewer days
when given a small beer, having less urge to drink it and enjoying it less