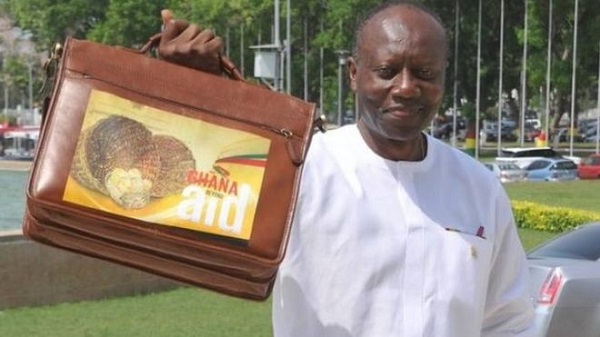 The Minority in Parliament has cautioned the Finance Minister Ken Ofori-Atta to desist from deliberately 'massaging' figures as he is expected to present the 2020 budget this week.

The budget reading will be done by the Minister for Finance on November 13, 2019, in Parliament.

The Minority Leader Haruna Iddrisu speaking at a pre-budget roundtable discussion cautioned Ken Ofori-Atta to avoid putting out incorrect figures as he presents the 2020 budget.

“There are many happenings in the country including numbers that are being hidden, from dollars, from the IMF, from the Ghanaian public which would allow him to have cooked numbers in order to justify what deficit he wants to sell to the Ghanaian people.”

Flagbearer of the National Democratic Congress (NDC) John Mahama also said government was hiding the real deficit of the country from Ghanaians.

According to him, the Finance minister is bypassing the GIFMIS platform to make payments just so Ghanaians do not get to know the true state of affairs.

“There are many things that are going on; the economy is painted as being very rosy, various figures are being thrown about just to show that the economy is doing better but there are a lot of things the government is hiding from you.

“They are showing you a better balance sheet because they are misclassifying a lot of things and hiding things from the budget; they are making payments outside the GIFMIS,”, the former President told NDC supporters in the UK.