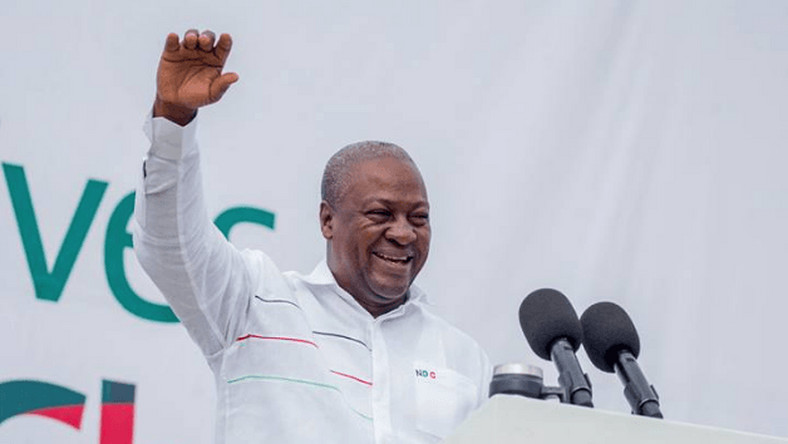 Former President and flagbearer for the NDC will from tomorrow June 30 begin a nationwide tour ahead of the 2020 general elections.

This was made known by the Communications Officer of the party, Sammy Gyamfi at their press briefing at Aflao in the Volta Region.

Sammy Gyamfi said John Mahama will begin the tour from Ketu South. This will also offer the former president the opportunity to monitor the voter registration exercise.

Former President John Mahama has in a solidarity message called on President Akufo-Addo to live up to the oath of his office and end the needless siege in some regions of the country.

Mahama in a statement said, “The unexplained security deployments to these border regions have clearly been timed to coincide with the commencement of the Voter Registration exercise across the country.”

“These deployments have begun to create panic and anxiety among residents of the various regions who have been left in no doubt that it has been done as part of a larger strategy to intimidate them into abstaining from the registration exercise starting next Tuesday,” the statement added.

The statement signed by the Special Aide to the former President Joyce Bawa said It is becoming evident by the day, that the Akufo-Addo government perceives political power as an end in itself hence the resort to such crude and high-handed measures to usurp the mandate of the people.