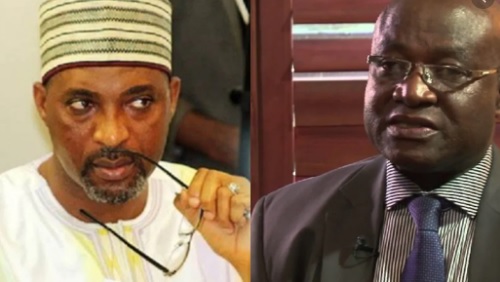 Minority Chief Whip Muntaka Mubarak has called on Majority Leader, Osei Kyei Mensah Bonsu to be circumspect in his utterances.

According to Muntaka, some utterances from Kyei Mensah Bonsu could mar the working relationship in the house between both the Majority and the Minority.

"No Member of Parliament is stupid, every member knows what they are doing, so you can't sit and say some persons in the house have been brainwashed".

â€œWhen you are the leader of the House, there are certain things you are better off not saying because what you say and do will force people to make up their minds and when you now need them to push government business, it becomes difficult.

â€œYou may have your view, but if it were me, I wouldnâ€™t say that in the public. I may have it as a view sitting in Parliament but because I am Majority Leader who wants government business to run in the House, I will not be the one saying this,â€ Mr Muntaka said.

Muntaka's comments come on the back of a statement made by Mr Kyei Mensah Bonsu on JoyNewsâ€™ The Probe where he said some recent conducts by the Minority in the 8th Parliament indicate that some NDC legislators have been brainwashed and not informed on some Parliamentary practices.

According to the Suame MP, although he seeks to work with the Minority due to the numbers of each Caucus in the House, their actions appear to be that of an â€œobstructionist opposition party.â€

This has not gone down with Muntaka who has cautioned him against saying certain things.