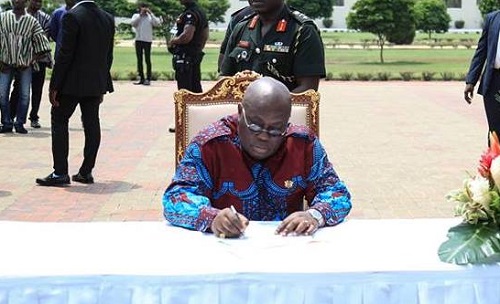 A referendum was held for the creation of six new regions and that was done successfully.

The President earlier this month presented a Constitutional Instrument (CI) for the creation of the new regions.

President Akufo-Addo appointed interim Ministers to preside over the regions but have now appointed substantive regional and deputy regional ministers.

In a released signed by Eugene Arhin who is the Director of Communications at the Presidency, named Mrs Evelyn Ama Kumi-Richardson, currently, Chief Executive for Sunyani Municipality as the Minister-designate for Bono Region.

The much talked about Oti region will be presided over by Kwasi Owusu Yeboah, Ghana's Ambassador to the Togolese Republic.

The release added that the President is hopeful parliament will speed up the vetting of these Minister so they assume office.