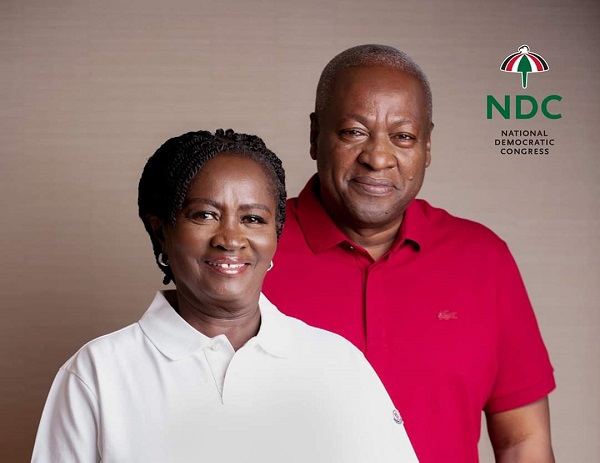 Member of Parliament for Ablekuma West constituency Ursula Owusu says the National Democratic Congress (NDC) selecting Prof. Naana Jane Opoku-Agyemang as running mate to John Mahama is great for women in politics but won't be enough to hand them victory.

Ms Owusu speaking on Joy FM's Newsfile on July 11, 2020, says this is a great feat for women in Ghana's politics but the fact that John Mahama is the flagbearer of the NDC will see them crush to defeat.

She is of the view that John Mahama is not a strong flagbearer for the party and that will play a major role in the upcoming elections rather than the gender card the party is playing with the selection of Prof. Opoku-Agyemang.

"We need to work collectively and push the frontiers of women participation in our political landscape otherwise we are doomed. Currently, there are fewer than 50 candidates, 24 for NPP, 23 for NDC, not likely all will win the seats. Prof Naana is sitting on top of an organization that is not friendly to women so she has her work cut out for her if she thinks by her mere nomination she is going to make any difference. Our political landscape is not friendly to women, we have numerical strength as women but it has never translated into our politics. She may be all that and more but she can't shore up the inadequacies of the ticket on which she is and that ticket is led by John Mahama, that is the main problem.

The NDC has come out to condemn some comments made by NPP officials Yaw Buaben Asamoa and Osei Kyei Mensah Bonsu, they deem their comments as sexist.

She becomes the first female to be selected as running mate in the history of the NDC.

Prof Opoku-Agyemang’s name had come up severally among others as likely candidates to be selected as running mate but she has gotten the nod ahead of them.