VIDEO: Nobody can beat NDC in unleashing violence- John Mahama 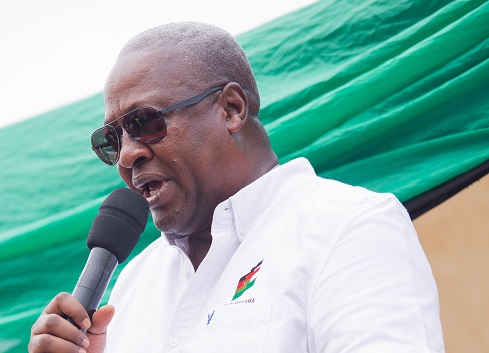 Nobody can beat NDC in unleashing violence- John Mahama

Flagbearer hopeful of the National Democratic Congress (NDC) John Mahama has sounded a note of caution to the New Patriotic Party (NPP) to respect democracy or be faced squarely in the 2020 general elections.

John Mahama who is in the Volta Region campaigning ahead of the NDC primaries was speaking on the back of the violence that marred the Ayawaso by-election on Thursday, January 31, 2019.

Some masked men who are alleged to be an NPP vigilante group stormed the Bawaleshie Polling Station where there were several gunshots that caused injuries to some NDC members.

The masked men were also captured in videos brutalising and beating some members of the NDC.

Many institutions have condemned the act but Former President John Mahama has cautioned the NPP to be democratic in the 2020 election or they will also be faced squarely.

"NPP is taking this power as a matter of life and death, they said "all die be die" and they are acting out and living that reality"