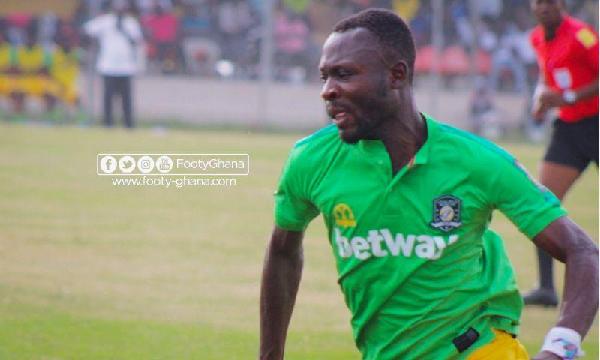 Aduana Stars forward Bright Adjei will receive a 43-inch television set from Electroland Ghana Limited for winning the NASCO Player of the Month for February.

The 27-year-old striker was announced as winner of the award live on the association’s weekly news broadcast programme, GFA News.

Adjei scored a total of five goals out of four matches played in February beating off competition from Franck Mbella Etouga and Emmanuel Annor.

He also won the NASCO Player of the Match award three times.

In a related devolpment, Aduana Stars were held to a 1-1 draw by Medeama SC on match week 27 of the Ghana Premier League at the Nana Agyeman Badu I Park on Monday.

The result saw the former Ghana Premier League champions drop to 5th on the league table with seven matches left to play.

Aduana Stars will travel to Kumasi to take on league leaders Asante Kotoko on match week 28 at the Baba Yara stadium on Sunday.