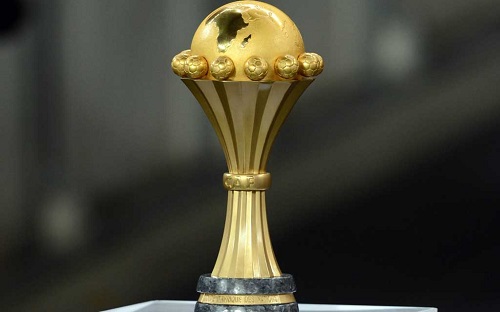 AFCON 2019: 10 things about the Africa Cup of Nation you should know
Shares

The 2019 Africa Cup of Nations (AFCON) will be held in Egypt.

The tournament brings together the best 24 teams to compete for the title.

The 2019 AFCON continental football showpiece would be staged in Egypt. Egypt was confirmed as the host country in a 17-3 votes victory over South Africa after Confederation of African Football has stripped Cameroon of the hosting right due to slow preparations.

The competition will take place from June 21 to July 19, 2019, following the decision made by the CAF Executive Committee in June 2017 to move the Africa Cup of Nations from the January/February period to June/July for the first time.

This summer’s tournament which is the 32nd edition of the AFCON will see 24 teams instead of the formally 16 teams per the decision of the CAF Executive Commission to increase the teams at a meeting in Rabat, Morocco.

At the finals of the competition, 24 teams will be drawn into six groups of four teams each. The teams in each group will then play in a single round robin format, and after the group stage, the top two teams and the four best third teams will advance to the round of 16.

The top two teams of each group, along with the best four third-placed teams, advance to the round of 16.

5. Previous winners
The Pharaohs of Egypt is the most successful team in the history of the AFCON having won it 7 times followed by Cameroon with 5, Ghana with 4, Nigeria 2, Ivory Coast and DR Congo 2 each.
Zambia, Tunisia, Sudan, Algeria, Ethiopia, Morocco, South Africa, Congo, and Mali have all won it once.

For the first time in the history of AFCON, VAR will be used at the tournament. The latest modern technology got the approval to be used at this year’s expanded 24-team competition after CAF vetoed of its use.`

CAF in 2016 reviewed its prize for the AFCON. Formally winners were taking $1.5 million dollars but the new prize money sees an increase of 64% with the emerging winner walks away with a monetary value of $4 million dollars while the runners up will also pocket $2 million dollars.