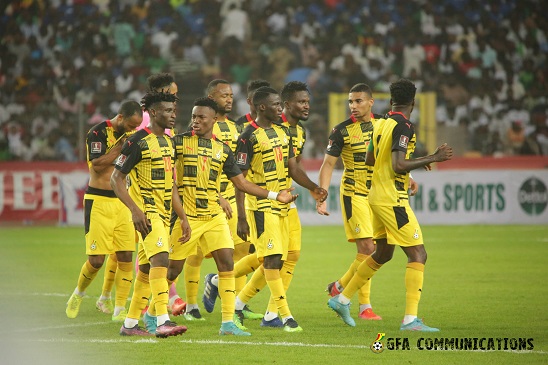 The Black Stars of Ghana have discovered their group stage opponents for AFCON 2023 qualifiers.

The draw for the AFCON qualifiers took place in the studios of SuperSport in Johannesburg, South Africa today, April 19, 2022.

Ghana have been pooled in Group E alongside Madagascar, Angola and Central African Republic for a place in next year's AFCON, which is the 34th edition.

This is the second time Cote d'Ivoire would be hosting the competition.

Ghana exited the last edition staged in Cameroon at the group stages - the first time the four-time African champions have suffered an embarrassing exit since 2006 in Egypt.

Black Stars suffered a 3-2 defeat to Comoros Islands to finish bottom of their group which lead to the sacking of Milovan Rajevac.

Ghana would be hoping to qualify to the tournament in Cote d'Ivoire and subsequently end their 40-year AFCON drought.