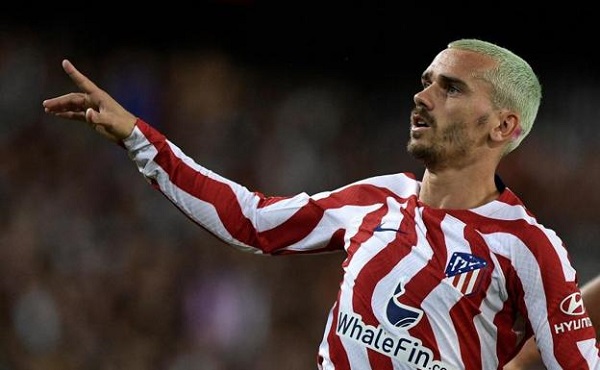 Antoine Griezmann has rejoined Atletico Madrid on a permanent deal from Barcelona.

The forward had joined the club on loan from the Catalan side last year but has recently been limited to 30-minute cameos from the bench because of a clause in place that meant, if met, the Madrid club would be liable to pay Barcelona a £35m fee to make the move permanent.

But the deal is now completed, with Madrid announcing the 31-year-old has put pen to paper on a deal until 2026, with a deal worth up to £21million agreed between the two clubs.

We're thrilled to announce that Antoine Griezmann has signed a permanent contract until 2026! ❤️🤍 pic.twitter.com/H7B7Gsyreo

The key agreement in loan the deal was related to his minutes. For the move to become automatically permanent, Griezmann would have had to play 45 minutes or more in 80 per cent of the matches for which he was available over the two year period.

Having played 45 minutes in over 80 per cent of fixtures last term, a situation appeared to have developed this season where Diego Simeone and the club had been reticent to pay Barcelona a full £35miliion fee and as such have been withholding Griezmann until at least the 60th minute.

Simeone, when asked about the situation in September, replied that he was a 'club man' first and foremost.

Despite having left Atletico Madrid for Barcelona in 2019 in a search of more consistent success, Griezmann is said to have only wanted the permanent move back to the club he originally joined in 2014 after the relative failure of his time in Catalonia.

The Frenchman, who is said to have wanted to have seen an end to this season's fiasco in part due to the World Cup in November, is Atletico Madrid's fourth highest ever scorer with 144 goals in all competitions.

He scored 35 goals for Barcelona after joining the club for £107million in 2019.

The Catalan side are dealing with major financial struggles off the field and had to rush to register their summer signings as they struggled with Financial Fair Play limitations.

Club president Joan Laporta sold off 10 per cent of future TV rights money to American investment firm Sixth Street Partners in a deal worth £176million, and has been trying to force players to take wage cuts or leave the club in a desperate bid to raise money.

This had led to Barca coming up short in transfer negotiations, and they have made an £86million loss on the forward.