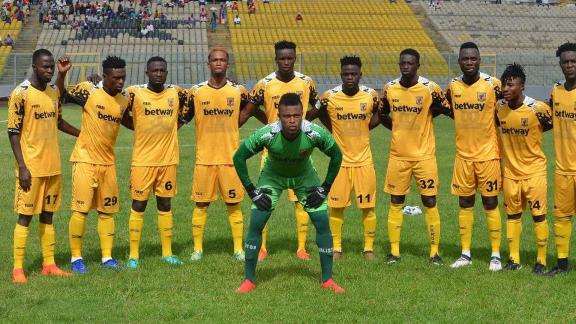 AshantiGold have completed the capture of three players as they seek to bolster their squad ahead of the resumption of the truncated Premier League due to the Covid-19 pandemic.

The Miners have captured 3 signings in the ongoing transfer window to give them a boost ahead of the league resumption.

Asamaoh has inked a two-year deal with the Miners and his addition is expected to bolster the club's attacking option that have scored a paltry 12 goals in the 15 matches.

The experienced striker has had stint with Asante Kotoko, Legon Cities, Aduana Stars in the Ghana Premier League.

He churned out 12 appearances for the Scientific Soccer lads in the 2019/20 campaign whileÂ Boadu Dacosta who has also signed a two-year-deal on Monday.