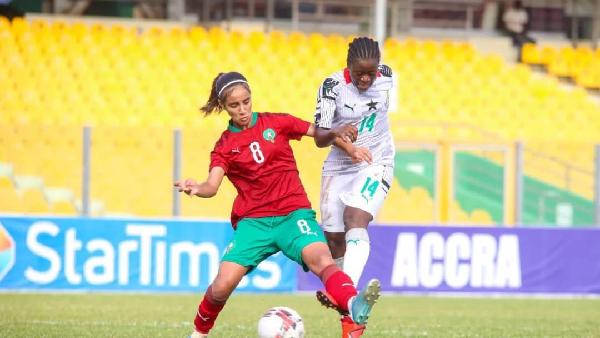 The Black Maidens failed to qualify for their seven consecutive FIFA Women's World Cup after Morocco booked qualification at their expense.

The Maidens who headed into the second leg in Rabat with a 2-0 advantage watched on as the Moroccans scored either side of the half to parity and send the game into a shootout on Saturday.

The North Africans triumphed 4-2 on penalties to earn their first-ever ticket to the FIFA World Cup to be staged in India later this year.

The Moroccans started brightly and scored through Fatima El Ghazouani's 15th-minute opener and missed a chance from the spot three minutes before the break.

After the restart, the North Africans resumed the contest on a high and profited from keeper Afi Amenyeku's blunder to double their lead courtesy of Samya Mansaoui in the 47th minute.

The hosts pushed for another but keeper Amenyeku made up for her earlier blunders to keep the visitors in the mix as they dragged the game into penalties after a 2-2 aggregate score.

A 4-2 win on penalties means Morocco are through to India 2022, having broken their final round losing jinx at home and also become the first North African side to qualify for the finals.

For Ghana, it was a disappointing evening as the Black Maidens will miss the U17 Women's World Cup for the first time, having featured in the last six editions of the competition