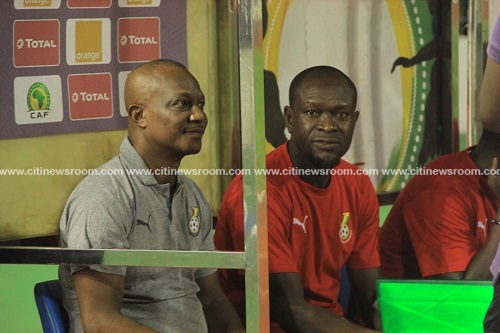 CK Akonnor recently opened up to the Communications Department of the Ghana Football Association on his appointment as the latest head coach of the Black Stars.

Here is a transcript of episode II of the serialized conversation with the ex-captain now trainer of the Ghana senior national team talking about support and his predecessor Kwasi Appiah:

Has any of your former mates reached out and how supportive have they been since you took charge of the team as head coach?

Only a few, some have spoken to me through the media. A person like Sam Johnson, he was really speaking out as to what I need to do and I take that in good faith. He wants me to succeed and so whatever comes from him is good. He is not coaching but of course, he knows the game. Of course, Sammy Kuffour is part of management. I have met him on several occasions, the little advice that he has, he has given me. Augustine Ahinful has also been supportive since I started coaching. There are those who can speak to you directly and there are those who will speak out through the media, itâ€™s a way of giving you a message and I accept all of that in good fate.

How often do you talk to your former boss Kwasi Appiah and what has been his reaction since you took over?

What do you need from Ghanaians and the GFA to be successful?Â

Well, its support. The necessary support that I need, the calmness to work. We have this tendency where people come into your business and do things. This is what I have done since childhood; from the age of 12, I started playing football. I played football to a certain level and stopped, now I am into coaching. I know about the game. I understand the game that is what I know, so I am comfortable there. For me, this is what I do. This is me, football is part of me and I am comfortable doing it, irrespective of what comes with it, the salary and all those things. It is what I know and this is what I do. And so I will do this to the best of my knowledge.

Watch part two of our exclusive interview with the Head Coach of the Black Stars @akonnor_ck #StayingAliveTogether #StayHome #LetsStayAtHome#LetsWinThisTogether#StayAtHomeAndStaySafe#BringBackTheLove#PrideAndPatriotism pic.twitter.com/p4wBiSFEyn