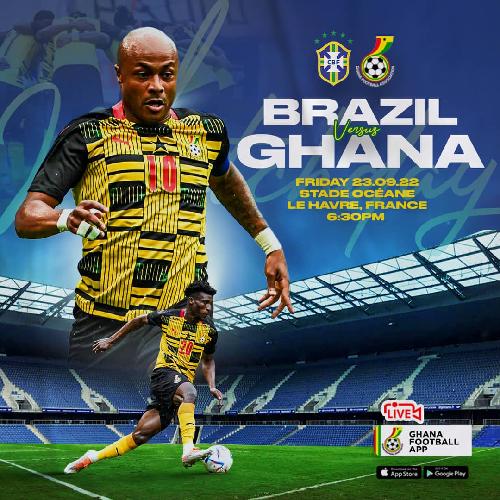 The two teams are scheduled to play today, Friday, September 23, 2022 at the Stade Oceane Le Havre to test their readiness ahead of the 2022 World Cup in Qatar.

The match which is expected to kick off at 6:30 pm will be officiated by French referee Mikal Lesage.

Previous meetings between the two teams have all ended in favour of the South Americans.

Speaking ahead of the clash,  defender Gideon Mensah said they are ready to match Brazil boot for boot the fifth time.

"(Training) it's been good so far, we have been here for three days now and looking at how the training is going I think we are ready and the new boys in the team have been very satisfying so I think we're ready.

After Brazil, the Black Stars will take on Nicaragua and Switzerland ahead of FIFA World Cup Qatar 2022 tournament.