Bundesliga ready to return on May 9 - if German government approves 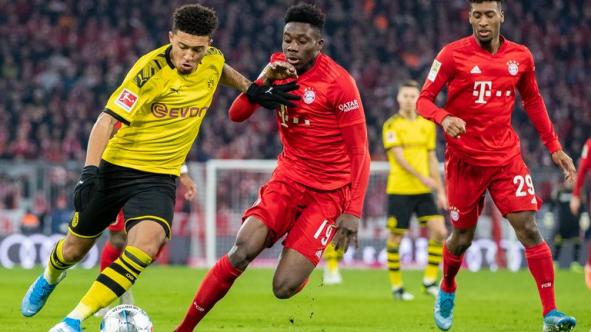 The Bundesliga is ready to return on May 9 if the German government gives it the green light, league officials have confirmed.

The league has been suspended since mid-March due to the outbreak of coronavirus, which has infected more than 148,000 and killed over 5,000 people in Germany.

Its resumption, behind closed doors, remains dependent on government and all federal states' approval, and Bundesliga chief executive Christian Seifert warned providing an exact date "would be presumptuous and is not in our hands".

"If we should start on May 9, we are ready. If it is later we will be ready again," Seifert said.

"We can only offer the framework conditions."

Finishing the 2019/20 season remains the priority in German football, with Seifert insisting failing to do so would mean "the Bundesliga would be a collateral damage to the coronavirus crisis".

A maximum of 300 people can be involved at the stadium on match day, according to Sky in Germany.

"I, as a representative of the professional clubs, cannot have that as my goal," he said.

The Bundesliga is collaborating with five different laboratories to ensure adequate testing for coronavirus.

Players will be tested at least once a week, which would require around 20,000 tests for this season.

Regional leaders in Bavaria and North-Rhine Westphalia said this week it was possible for the league to resume without spectators after May 9 and under strict health and safety conditions.

The league has warned that many clubs in the first and second divisions faced an uncertain financial future and several would be in an "existence-threatening" situation if play did not resume by June.

Some German shops opened for business again this week, after a month of lockdown, in an agreement with the leaders of Germany's 16 states.