I won't donate, I didn't bring coronavirus to Togo - Adebayor 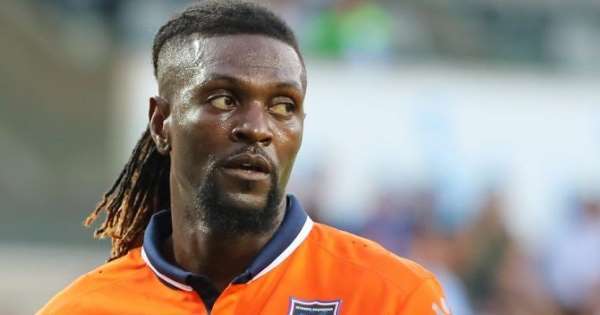 Former Premier League striker Emmanuel Adebayor has hit back at those who have called him out for not donating money to his home country of Togo amid the global coronavirus crisis, stating that he will not be parting with his money purely because others wish him to do so.

Football has ground to a halt across the planet in the wake of Covid-19's rapid spread, with most countries in some state of lockdown as authorities attempt to get the virus under control and treat those who have been infected.

With players having so much time on their hands due to a lack of matches and training while social distancing protocols are in place, many footballers have spent their time helping to raise funds or awareness for charities that directly benefit those on the front line of the fight.

Samuel Eto'o has donated relief packages to his home nation of Cameroon, with items such as food, soaps, sanitisers and protective equipment handed out in the country's economic capital of Douala.

Didier Drogba, another African icon, joined Eto'o in roundly lambasting French professors for suggesting their continent should be used as a testing ground for a vaccine due to developing nations having little protection to begin with.

The former Ivory Coast international also donated the soon-to-be-completed Laurent Pokou hospital, built by his Drogba Foundation, to his home nation's government as a facility to screen for the disease.

Such charitable moves prompted some to ask Adebayor what he would be doing with the wealth he has accumulated across his long career, but the former Arsenal, Manchester City and Tottenham striker says that he is his own man and won't be swayed by the actions or opinions of others.

â€œI'm sorry that people compare me to Samuel Eto'o and Didier Drogba by asking me why I don't have a foundation or why I don't donate, as if I was the one who brought the coronavirus to Togo...

â€œI am neither the one nor the other, I am me, Sheyi Emmanuel Adebayor. A word of advice for the guys regarding donations, I will not do that. Everything is clear and very simple. Thank you and good day.â€

Adebayor, now 36, had signed for Paraguayan side Olimpia shortly before football was halted due to the coronavirus pandemic.