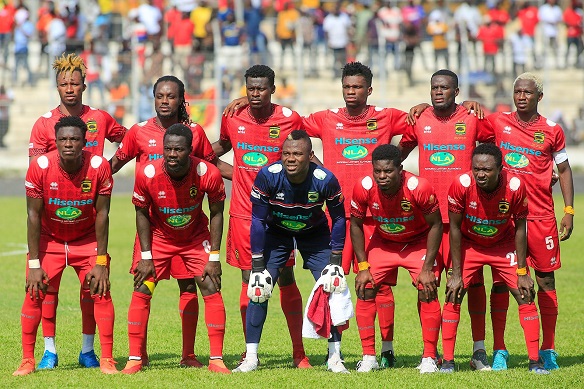 Ghana Premier League winners Asante Kotoko will face Burkinabe side RC Kadiogo in the Preliminary round of the CAF Champions League.

The draw was held at the headquarters of the Confederation of African Football (CAF) on Tuesday afternoon.

Asante Kotoko will travel to Ouagadougou for the first leg tie before hosting them in the second leg fixture at the Baba Yara Sports Stadium a week later.

The winner of this round will play against the winner of the game between Botswana side Garbone United and AS Vita Club in the second round of qualification.

Asante Kotoko are yet to reach the group stages of the CAF Champions League in the last decade despite winning it on two occasions.
RC Kadiogo will be making its second appearance in the CAF Champions League after reaching the second preliminary round in 2006.
RC Kadiogo is known for eliminating Asante Kotoko from the abolished CAF Winners Cup in 1979.
RC Kadiogo have a record of winning the Burkina Faso Premier League four times and two FA Cup titles since its foundation was laid in 1967.