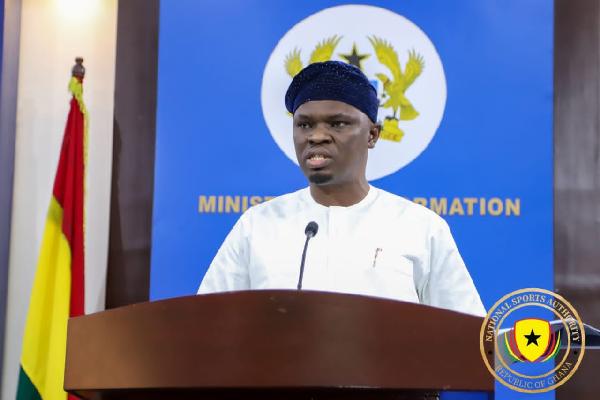 Minister for Youth and Sports Mustapha Ussif has demanded an explanation for Ghana's 4×100m relay team's disqualification at the ongoing 2022 Commonwealth Games in Birmingham.

Ghanaians were left extremely disappointed when the 4x100m men’s relay team was disqualified due to a technical blunder by officials on Saturday.

The team finished third in the semi-finals with a time of 39.05 seconds, ensuring qualification to the final, but, it was later revealed that Ghana failed to inform event organizers about a change in running order at least one hour before the race, leading to a disqualification.

According to the race rules, changes are supposed to be confirmed at least an hour prior to a race.

Ghana had withdrawn Joseph Paul Amoah as the anchor leg because of his impending race in the 200m final – which got the country its first medal on the tracks at the Games in 48 years.

“Congratulations to Wahid Omar and Joseph Paul Amoah who won bronze medals in the Ghana Men’s light welterweight and 200m events respectively,” he wrote on Facebook.

“I also wish Abraham Mensah and Joseph Commey the best of luck in their respective Bantamweight and Featherweight final bouts.”

“On the earlier faux pas 4×100 final race disqualification, I’ve asked the International Games Committee and Chef de Mission to provide an exclusive report to my office about that incident,” Ussif revealed.

The Ghana Athletics Association has already issued an apology to all Ghanaians and the athletes for the team’s disqualification.