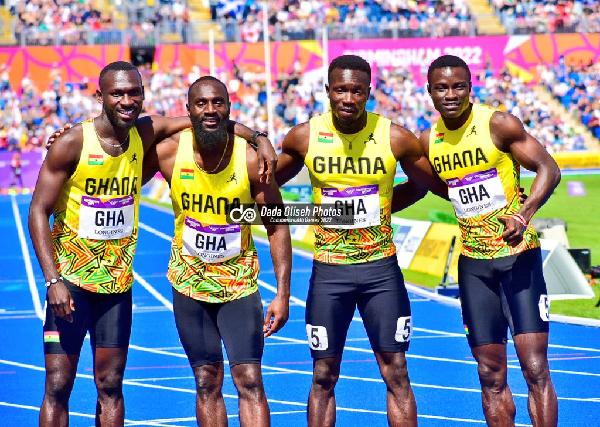 The Ghana Athletics Association (GAA) has issued an apology for the events that led to the disqualification of the men’s 4x100m relay team at the Commonwealth Games, describing it as a “technical oversight”.

According to the GAA, they are heartbroken given that the men’s 4X100m and coaches prepared for years for the event.

“GAA would like to first render an unqualified and heartfelt apology to the men’s 4X100m for the technical oversight that led to the disqualification of the team from the final of the 4X100m relay after comfortably placing 3rd overall in the semi-final. We also apologize to the many fans of Ghana Athletics around the world, and to the entire nation, we extend our sincere apology.

“Indeed, we are all heartbroken given that the men’s 4X100m and coaches have successfully participated in many international events over the past few years; including a 5th place global ranking 14 days ago at the World Athletics Championships in Eugene, Oregon (USA).”

“Joseph Amoah who was originally listed as a starter was subsequently ruled out of participating in the semi-final of the 4x100m on the morning of August 6th. However, in what we can only describe as an unfortunate oversight, Joseph’s withdrawal was not transmitted in time to the Technical Information Center (TIC) by our coaching crew as intended before the race.

The GAA added that they are currently engaging major stakeholders on the matter since there are valuable logistical lessons to be learned from this unfortunate outcome.

However, they were disqualified after organisers said Ghana, did not list Abdul Rasheed Saminu as the anchor leg runner, but rather Joseph Paul Amoah, who did not partake in the race.

This is because the GAA decided to withdraw Amoah from the relay heats to enable him prepare for the 200m final which took place on Saturday evening, where the 25-year-old won bronze.

The rule requires that any changes to a team’s lineup must be confirmed at least one hour before the race but Ghana failed to notify organizers of their change, resulting in disqualification.

“The men’s 4X100m team was disqualified per World Athletics Rule TR 24.11. In short, only athletes whose names are on the final confirmation form as starters can run during the competition. Ghana originally submitted its 4X100m final confirmation listing four (4) starters and a reserve about 14 hrs before the start of the race on August 5th.