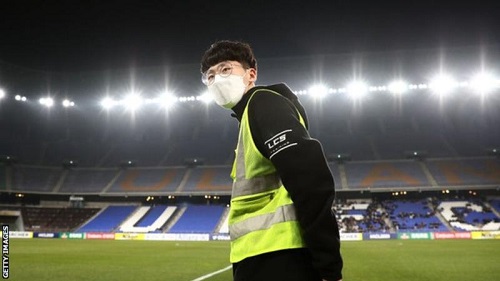 The Asian Football Confederation has postponed all cup matches due to be played in East Asia until April because of concerns over coronavirus.

Several countries have imposed travel restrictions aimed at preventing the spread of the virus.

The AFC Cup preliminary, play-off and group-stage matches will now be played from 7 April. Coronavirus has killed more thanÂ 1,000 people in China, with more than 40,000 cases diagnosed worldwide.

The AFC Champions League has also been affected, with matches featuring Chinese clubsÂ delayed until spring.

The AFC said: "Taking into consideration the overall logistical arrangements as well as match preparations of the East Zone participating clubs, the AFC has decided that the AFC Cup 2020 (East Zone) will be postponed."

Vietnam had already cancelled all sporting events in February because of the virus and forced the AFC to change the dates of home games for Vietnamese clubs.

The Women's World Golf Championship in Singapore and the LPGA Thailand eventÂ have also been cancelledÂ because of concerns about the epidemic.