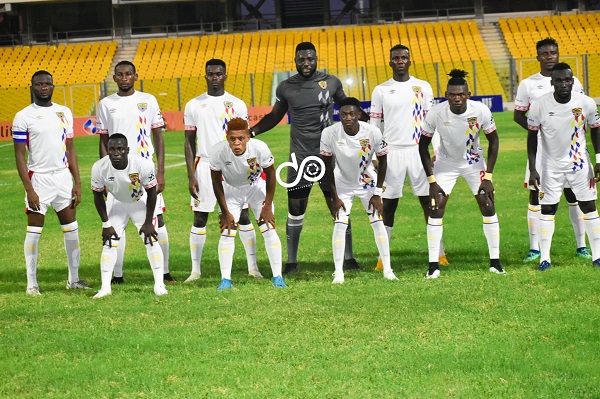 Hearts of Oak boss Edward Odoom blasted his players in the aftermath of Sunday's 1-0 defeat to Inter Allies in the Ghana Premier League matchday 3 fixture.

A belter from Richmond Lamptey Goals in 61st minute was all the Capelli Boys needed to seal the points against the Phobians.

The defeat means Hearts of Oak are yet to record a win this season.

Speaking after the game, disappointed Odoom was critical of his players for fluffing their lines.

"I'm even short of words to say, I don't know why we should lose this match, look at the number of chances we created. In fact our boys are not ... I don't know what even to say.

From the blast of the whistle we had all the chances in the world to kill this game our opponent didn't play anything extraordinary but one loose ball and then we are down. We did everything we could but the players didn't help the club at all."

Meanwhile, fans of Hearts Of Oak are striving the whereabouts of their prolific finisher Isaac Mensah who was brought from Division one side Nkronza Warriors before the 2020-21 season commenced.

A diehard Hearts of oak fan in an interview after Hearts drew with Ashgold at the Accra Sports Stadium questioned the head coach Edward Nii Odoom to provide answers on why the attacker was neglected and left out of the matchday squad.

“During our pre-season matches, Isaac Mensah was the top scorer and even bagged hattrick in one of our matches so I don’t know why he was not part of the team that featured against Ashanti Gold.

The fans were further asking the board that they must sack coach Odoom if he fails to start the striker who is rated high and performed better during pre season than the current strikers who always start games.